Worldwide, the climate is changing mainly due to too much CO2 emitted into the atmosphere. At the same time, 91% of the world’s population lives in places where air pollution exceeds World Health Organization (WHO) guideline limits resulting in 4.2 million premature deaths each year. That’s why we need to find new solutions and ensure zero harmful emissions in the transportation sector as it is responsible for a large proportion of air pollution, especially in densely populated areas with heavy traffic. One of them is methanol fuel cells.

How fuel cells are used

Fuel cells use hydrogen as a fuel to produce clean and efficient electricity that can power cars, trucks, buses, ships, cell phone towers, homes, and businesses. Methanol is an excellent hydrogen carrier fuel, packing more hydrogen in this simple alcohol molecule than can be found in liquified hydrogen.

Methanol can be ‘reformed’ on-site at a fuelling station to generate hydrogen for fuel cell cars, or in stationary power units feeding fuel cells for primary of back-up power. On-board reformer technology can be used on fuel cell vehicles, allowing quick 3-minute fuelling and extended range (from 200 km with hydrogen to 800 km on methanol). As a simple molecule – CH3OH – with no carbon-to-carbon bonds, Direct Methanol Fuel Cells can be used for some applications, where methanol reacts directly on the fuel cell’s anode to strip hydrogen atoms to fuel DMFC systems.

Since methanol can be produced from a wide range of conventional and renewable feedstocks, it is the most affordable, sustainable, and easily handled hydrogen carrier fuel. 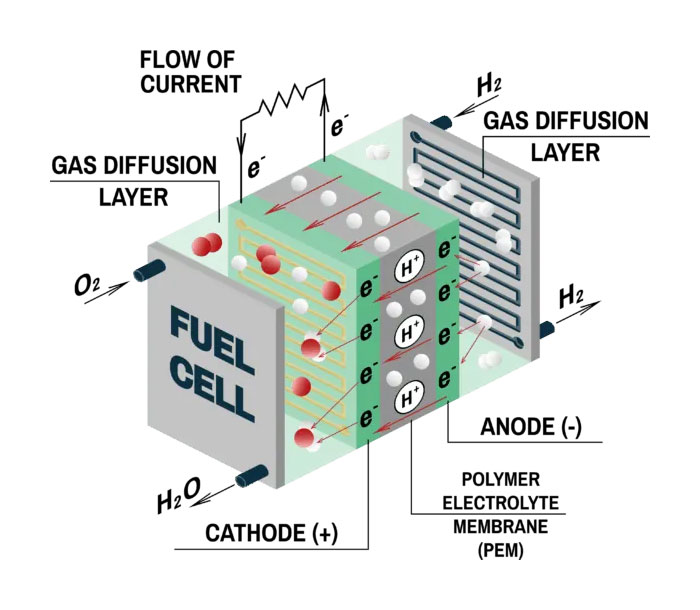 Globally, particulate matter emissions from combustion engines burning fossil fuels causes millions of premature deaths annually. These dangerous emissions are not produced by fuel cell powered vehicles as the only emission is water vapor. The M-Series produces no particulate matter in the generation of hydrogen, and when using methanol produced from waste gas streams such as landfill gas or biogas, e1’s hydrogen generation solution is carbon neutral.

“Co-Win is both a valued strategic partner and licensee of e1, and we are excited to be working with them on this fuel cell truck project,” said Dave Edlund, e1’s Chief Executive Officer. “The hydrogen generation technology being deployed is unique to e1 and is a game changer for clean transportation. To my knowledge, no other company in the world can provide a commercial onboard hydrogen generation product comparable to our M-Series product line.”

Fuel cell vehicles typically require a pure grade of hydrogen to produce the electricity needed for propulsion. Historically, this hydrogen has been compressed and stored on the vehicle, which necessitates a costly network of hydrogen refuelling stations to be developed. In many regions of the world, building out this infrastructure is simply not feasible. On-demand hydrogen generation from liquid methanol onboard the vehicle mitigates the need for hydrogen fuelling infrastructure. In regions where stationary hydrogen refuelling stations are being installed, e1’s L-Series product line provides a very cost effective, modular solution for generating fuel cell grade hydrogen on-site.

The methanol used by e1’s hydrogen generators requires a fraction of the space onboard the vehicle compared to compressed hydrogen, enabling significantly greater driving range between fuelling.

With decades of experience in the industry, Blue World Technologies’ focus is on developing an advanced technology portfolio ranging from core materials through the stack and reformer design to the final reformed methanol fuel cell system.

Blue World Technologies is covering the entire value chain to enable optimized performance and cost-effectiveness of components and systems. This ensures a seamless scale-up of production and product delivery.

“The experience and knowhow the team from Danish Power Systems is bringing into Blue World Technologies are second to none. In the 20 years, I have been working with fuel cell technology I have not seen other component suppliers capable of providing the same stability, power density, and well-proven component-lifetime as Danish Power Systems. The acquisition of Danish Power Systems is, therefore, an important and value-adding step for us to secure additional technology competences strengthening and benefitting our fuel cell production,” states Anders Korsgaard, CEO and Co-founder of Blue World Technologies.

With the strong experience and competences of Danish Power Systems’ team, Blue World Technologies is able to accelerate product development to optimise the technology platform bridging R&D activities and market needs. With an industrial approach, Blue World Technologies is differentiated from most other manufacturers of methanol fuel cells and fuel cell systems, by having all technologies and core component manufacturing within the fuel cell stack value-chain in-house, and in some cases even to system level.

“For many years, our activities have been centred around R&D. Now we are very much looking forward to being part of Blue World Technologies and contribute to the ambitious goal of commercialising the HT-PEM methanol fuel cell technology. It is taking us much closer to the market where we can really see our technology make a difference in the race towards a greener future,” says Hans Aage Hjuler, CEO of Danish Power Systems. 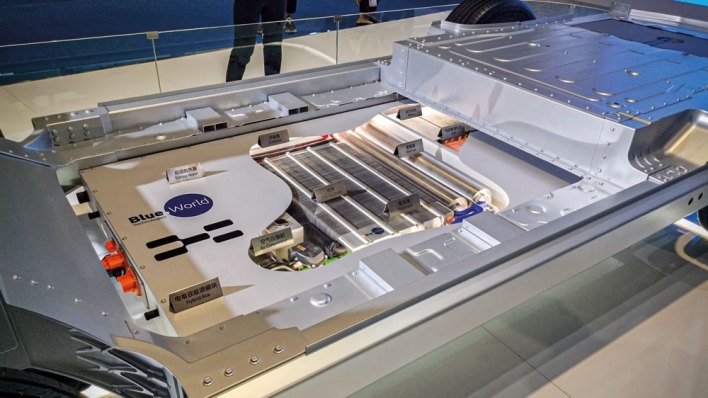 Anders Korsgaard expresses what the company has been working on and the interesting future that lies ahead of them: “One of the most crucial elements we have been working on is bringing down the production time and costs of the fuel cell components. We have now reached a point which enables us to move one step closer towards commercialising the technology to be able to compete with conventional technologies.”

“There is an increased focus on Power-to-X and there is a big market demand for alternative technologies providing CO2 reduction, which we also see in both our current order books but also in the initiated dialogues we have with potential customers. Starting this initial production now allows us to progress with development and trial projects with customers,” explains Mads Friis Jensen.

An important role in the Power-to-X value chain

Within the past couple of years, Power-to-X has gained global ground, both on the political scene and in many industries. In the green transition, Power-to-X technologies are going to play a significant role, especially within the sectors where direct electrification is not possible or feasible, which for example could be within heavy-duty transportation. When transforming green electricity into liquid fuel, such as methanol, it is possible to reuse the existing global infrastructure for storage and distribution while reducing fossil fuel consumption, and thereby, cutting down CO2 emissions.

Methanol and other e-fuels can be used to fuel conventional combustion engines and generators, either as a stand-alone fuel or as an additive, or they can be used to power fuel cells. On the utility side of the Power-to-X value chain, Blue World Technologies’ fuel cell technology is striving to play an important role. With high electrical efficiency of up to 45 %, Blue World Technologies’ methanol fuel cells will for many applications provide a much higher efficiency compared to combustion engines and generators. In addition, the fuel cells provide a clean and environmentally friendly operation where emissions of harmful particles such as NOx and SOx are eliminated. Furthermore, the operation can be either CO2 neutral or have a significantly reduced CO2 emission depending on the origin of the fuel, contributing to the combat against severe air pollution and climate changes.

The methanol fuel cell technology has great potential in several markets such as maritime, heavy-duty, stationary, and passenger vehicles. Blue World Technologies has a partner approach to fully leverage the potential of these markets. As a green and clean alternative to combustion engines and diesel generators the methanol fuel cell technology provides multiple benefits such as cost-savings, CO2 reduction – or even a CO2 neutral operation when running on green methanol – as well as zero harmful emissions. The fuel cells run on methanol which is an easy-to-use e-fuel as it is liquid at atmospheric pressure making refuelling convenient and makes it possible to integrate and reuse in the world’s existing infrastructure. Methanol is a fuel that can be produced from green sources and is CO2 neutral in a well-to-wheel perspective. Therefore, it is a solid alternative to fossil fuel and can contribute to the green transition in multiple industries around the world.