The World Energy Council in partnership with PwC has interviewed 39 top level management energy leaders to find an answer to this question. This is a high-level Brief of key insights gained from these interviews, accompanied by a detailed exploration in the report titled ‘Blockchain Insights: Anthology of Interviews’.

Blockchain, the much-heralded crypto technology which emerged initially to facilitate digital transformation within the financial services industry (e.g. Bitcoin), is now being developed and applied in other sectors, including energy and energy-related sectors such as transportation, residential and industrial. A type of distributed ledger technology (DLT), blockchain provides a platform for the management of high-value data and transactions. Unlike other DLTs, however, blockchain is ‘trustless’[i], requiring no intermediaries to ensure the validity of those data and transactions. For this primary reason, the technology is widely considered by energy leaders to hold great promise for catalysing and optimising existing business processes and transforming the existing energy market models.

Investment in Blockchain by the energy sector is growing

In 2017, an estimated USD 100-300 million dollars were invested in over 100 energy-sector related blockchain applications. The power sector has seen the growth of the global investment in digital infrastructure increase by more than 20 percent per annum since 2014, reaching USD 47 billion in 2017. According to IEA, this digital investment was nearly 40% higher than the investment in the entire gas-fired power generation sector. GreenTech Media suggests there are now 122 blockchain start-ups operating in the energy space having raised over USD 324 Million in the past year alone. Since January 2017, 54 new blockchain-based firms have launched[ii].

However, it is not only start-ups that are fuelling the investment around blockchain. More established energy players such as Siemens, Shell, IBM, Equinor, Engie, SP Group, TEPCO, EDF, Wipro and many others are making significant investment in the space as well.

The findings in the Brief are based on a series of 39 interviews conducted with well-established energy leaders in the electricity and oil & gas industries, as well as technology providers, start-ups, regulators and think-tanks from around the globe, all actively engaged in the energy blockchain space. The key findings are highlighted in this Brief while more detail is provided in the associated Anthology of Interviews where the authors share the perspectives of these energy leaders in much more detail while also providing an analysis based on the information shared with them. Additionally, the Anthology of Interviews includes the names of all individuals interviewed.

What Use(s) is Energy Blockchain?

The authors identify seven different types of uses for blockchain, across the energy system, see Figure B.

As can be seen, the majority of companies interviewed, approximately 45%, are trialling peer-to peer (P2P) projects aimed towards further inclusion of Distributed Energy Resources (DER) and consumer-centric transformation of the existing system. Notwithstanding this notable dynamism surrounding P2P, there further exists a plethora of promising evaluations taking place in other areas of the sector, any and/or all of which, given the nascent development of all the use areas and of P2P in particular, have opportunity to emerge as significant applications for blockchain.

Accordingly, this section identifies seven different types of uses currently undergoing trial across the globe with varying degrees of maturity and early adoption:

Blockchain applications are at various stages of development, from proof-of concept stage to close-to-full-commercial-implementation.

The majority of interviewees agreed that though blockchain holds great promises and has been spurring huge investment across the energy sector, it has not yet achieved a commercially tangible impact.

Most interviewees also agreed, however, that exploration into blockchain application has triggered a re-think of how the energy sector functions and is set to accelerate the shift from a utility-centric and centralized business model towards a decentralised, more customer-focused one. Most also agreed that energy blockchain isn’t mature as of yet, as illustrated by Figure C, below.

P2P applications have the potential to transform the grid BUT…

Energy blockchain with its P2P applications is not the only enabler for full realisation of the transactive[iii] energy grid, rather part of and/or an enabler of new ecosystems. Its role depends on the connection between various elements, including: combination with other technologies (e.g. AI, EV, renewables, etc.), blurring the of boundaries between energy and energy-intensive sectors (e.g. transport, buildings, industry), new, consumer logics (prosumerism, sharing economy) and emerging societal needs (e.g. sustainability, sensitivity for locally produced products, transparency, and income from assets).

The Faraday Grid, with its Emergent platform, aims to enable a fully transactive energy marketplace, by providing a new electricity network architecture which allows higher penetration of DERs at the lowest possible cost. While it was not established as an alternative to energy blockchain, the Faraday Grid indeed represents an alternative to it –- a salient example of the fast moving and disruptive landscape in which blockchain technology is emerging. As explained in much more detail in the accompanied Anthology of Interviews report, Faraday Grid relies on the combination of software (Emergent platform) and hardware (the Exchanger, which will replace transformers and inverters throughout the grid). The two elements together make up what is known as the Faraday Grid.

Emergent, the Faraday Grid software platform, relies on DLT which is not specifically blockchain, hence it’s an alternative.

Two challenges seem prominent above others in inhibiting full adoption of blockchain technology by the energy sector. Those interviewed express confidence that time, testing and refining of the technology will enable lingering hurdles of technological feasibility and scalability to be crossed. Yet there is also broad agreement amongst them that regulation and customer engagement loom as wildcards poised to either doom the technology or allow it to transform the industry.

While customer engagement may not be a requirement for all types and business models arising from the use of blockchain technology in the energy space, it is, however, very much a necessity for peer-to-peer sharing to take hold. Interviewees offered a host of solutions for inducing customer by-in, from sending the right price signals to making platforms more intuitive for customers to engage with. It was also suggested that a ‘tipping point’ for wholesale consumer adoption might be induced by high-volume, e-commerce retailers incentivized to scale blockchain rapidly (e.g. Amazon and Alibaba). The Anthology of Interviews goes into an in-depth exploration of this issue.

The role of regulation is unclear

A majority of interviewees agreed that some degree of regulation, particularly in P2P, is warranted and should provide balance between innovation and customer protection. This viewpoint was conditioned with the speculation that there would be a push back by market participants if such regulation was to be perceived as a barrier or a hinderance to the new energy blockchain-influenced business models. Lastly, interviewees expressed confidence that regulators will intervene if at any point in time the adoption of new technologies were to put security and/or stability of supply in jeopardy.

The requirements for regulation, include concretely addressing definitional issues e.g. what are the different market roles and who endorse which responsibility, who is the ‘consumer’, who regulates what as well as rethinking tariff-reflective pricing. Nonetheless, key questions surround whether and at what point regulation should be updated to allow the full potential of blockchain technology to transform the grid. While established energy companies tend to view current regulations to be sufficient, P2P enthusiasts and innovators are apt to see regulation as a necessary enabler.

Regulators, for their part, are by-and-large of a mind that regulation should wait until blockchain technology reaches maturity, lagging the market. Opinions as to who should regulate also differ widely between the various areas of the sector.

Energy blockchain might one day enable a transactive grid, but its disruptive impact will depend in no small part on how blockchain emerges in the so-called ‘Grand Transition’, and is thereby tied to factors beyond just energy. Hence while it can facilitate disruption of existing value chains, new consumer logics/active energy behaviours remain uncertain. Moreover, accelerating decarbonisation and decentralisation also creates the risk of new energy shocks — e.g. cyber risks, dynamic load management and grid investment issues. Deep decarbonisation of energy systems (above 70% emissions reductions) will require additional pathways to electrification to avoid economic shocks – e.g. chemicals, heat-generating and those involving liquids – as well as to meet industrial and heavy-duty/long distance travel demand. Finally, and perhaps looming largest over all of these, the ability to assess blockchain’s potential for disruption is at present clouded by a lack of clarity as to whether the digital economy will either increase or reduce overall energy demand in the long run.

The future outlook for energy blockchain is both promising and uncertain. A number of possible scenarios emerge and need to be considered (see Figure D), even at this early stage. This is partly because the technology is so new, hence it is difficult to make accurate predictions of how and when developments within any given application will come to full fruition in the market.

That said, the intelligence gathered as a result of this work provides a means of setting the scene, so to speak, for the medium/long term outlook of energy blockchain. In the near term and without addressing the two obstacles of customer engagement and regulatory reform, a full transformative disruption may not be feasible; however, energy blockchain will continue to optimise the practices of today’s energy eco-system.

Figure D is an illustration of the potential of blockchain as an enabler provided the regulation and customer engagement concerns are met either in whole or in part. As you will note from the illustration the box titled Transformative Disruption is only achievable if there is in place a new regulatory framework and a willingness from consumers to engage. In this scenario the existing energy ecosystem will experience the most dramatic disruption – i.e. a revolution. The other scenarios are all an evolution of the existing market place and existing practices which will all benefit from the use of blockchain technology.

[i] The term ‘trustless’ is commonly used in describing blockchain technology. When we say blockchains are ‘trustless,’ what we mean is that there are mechanisms in place by which all parties in the system can reach a consensus on what the established truth is. Power & trust is distributed (or shared) among the network’s stakeholders (e.g. developers, miners, and consumers), rather than concentrated in a single individual or entity (e.g. banks, governments, and financial institutions).

[iii] Transactive energy is a vision of an intelligent device-enabled-grid where each device can utilize economic signals in order to optimize allocation of resources subject to the constraints of the grid. It can be applied within a localized area, e.g., microgrid, or be utilized to manage the whole power system. 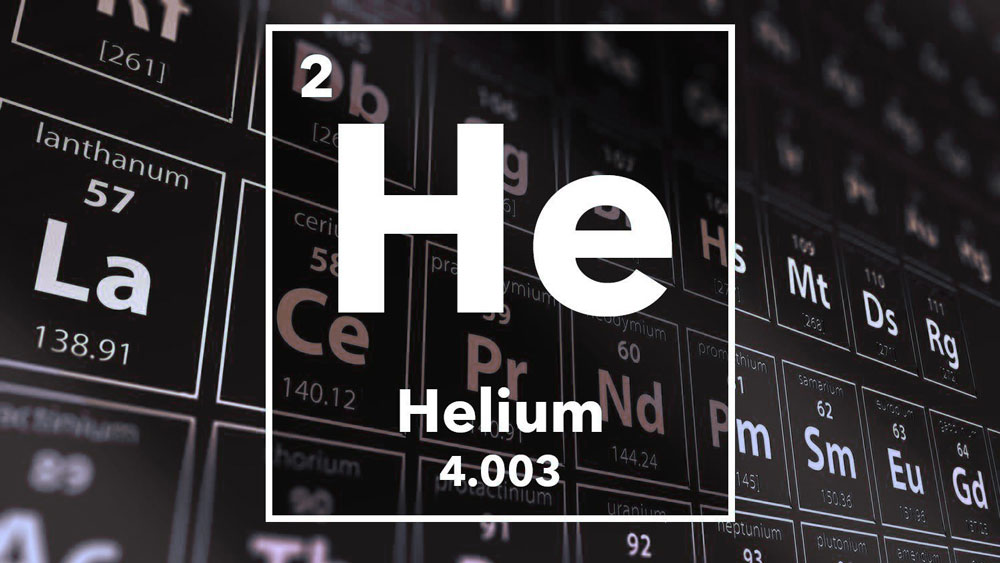 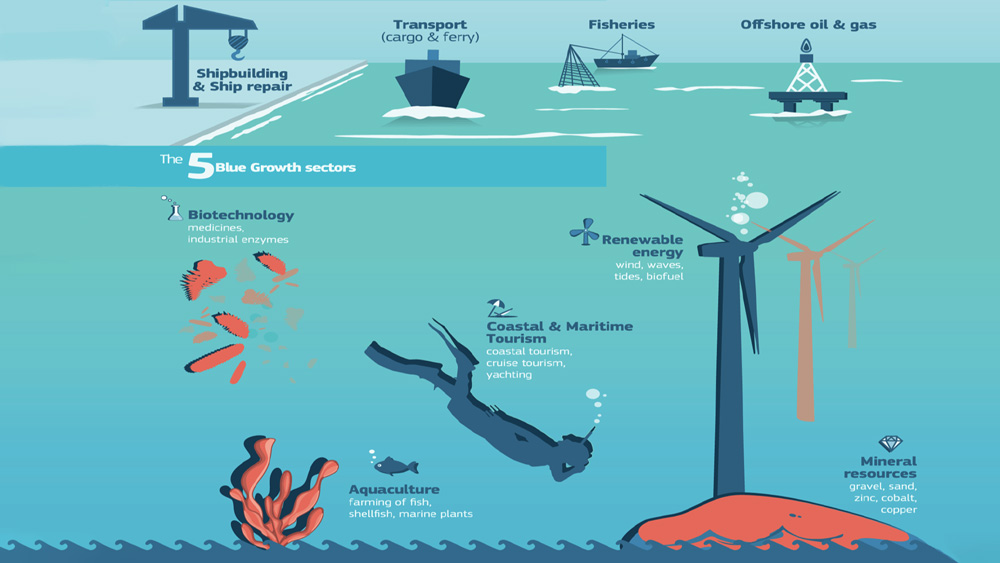 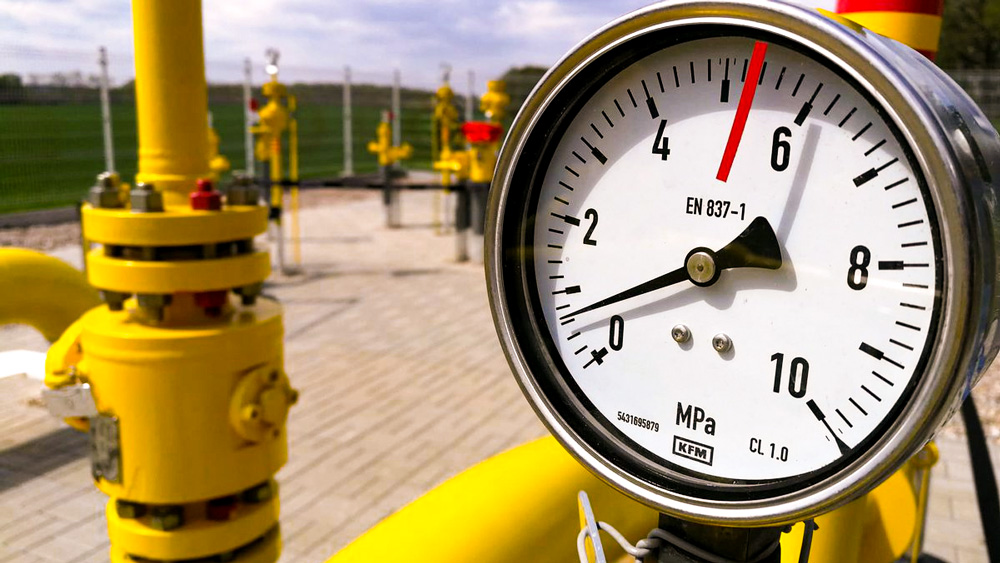 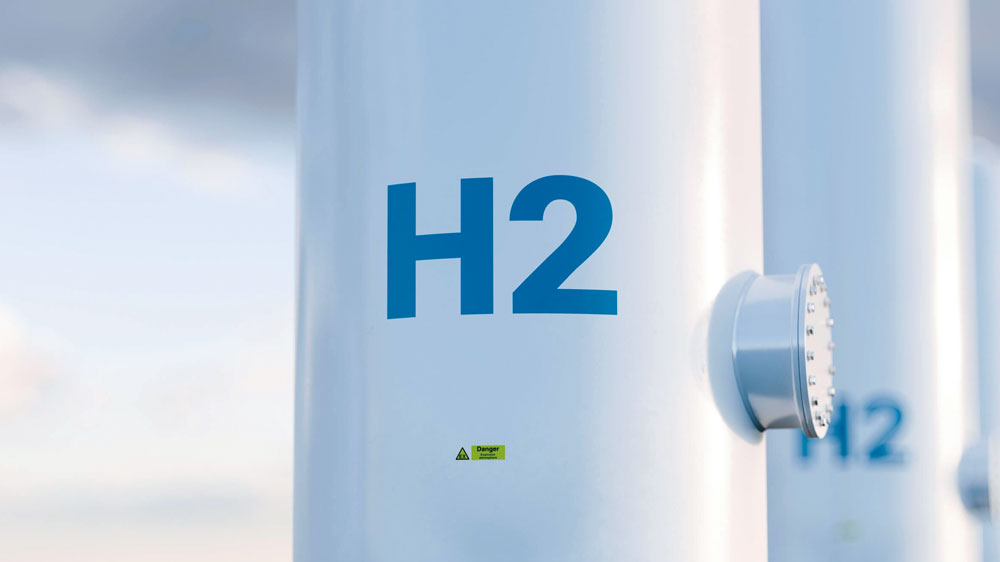 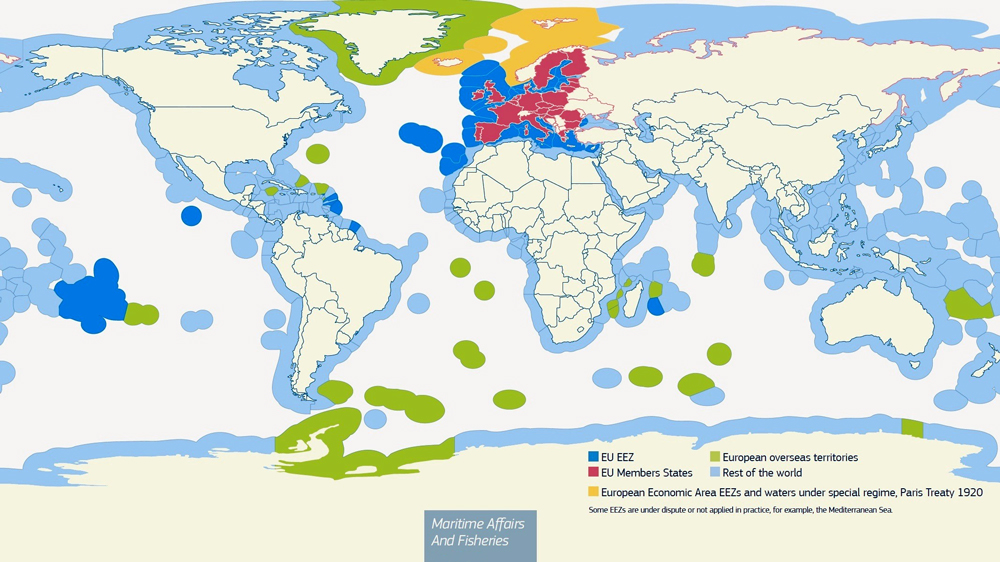 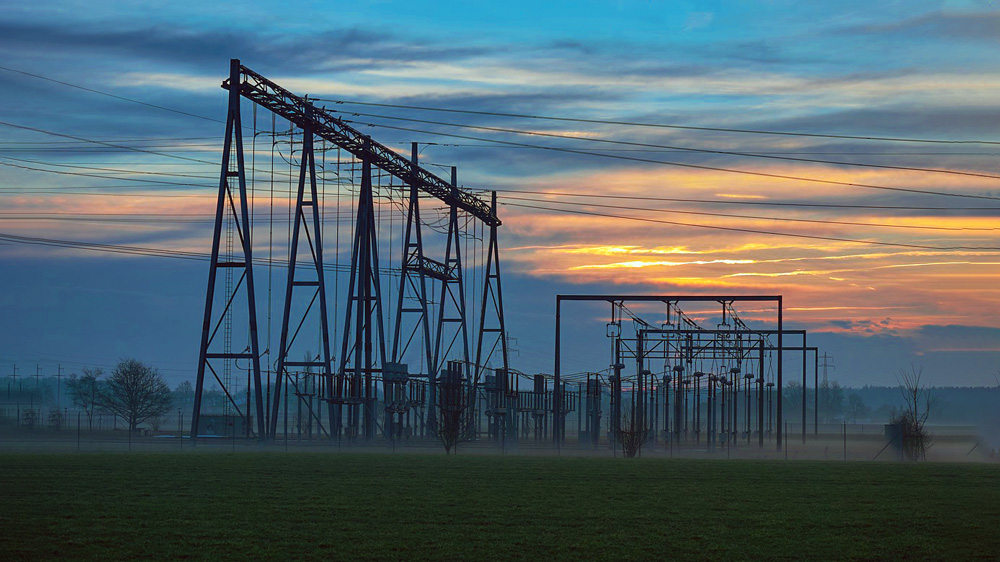 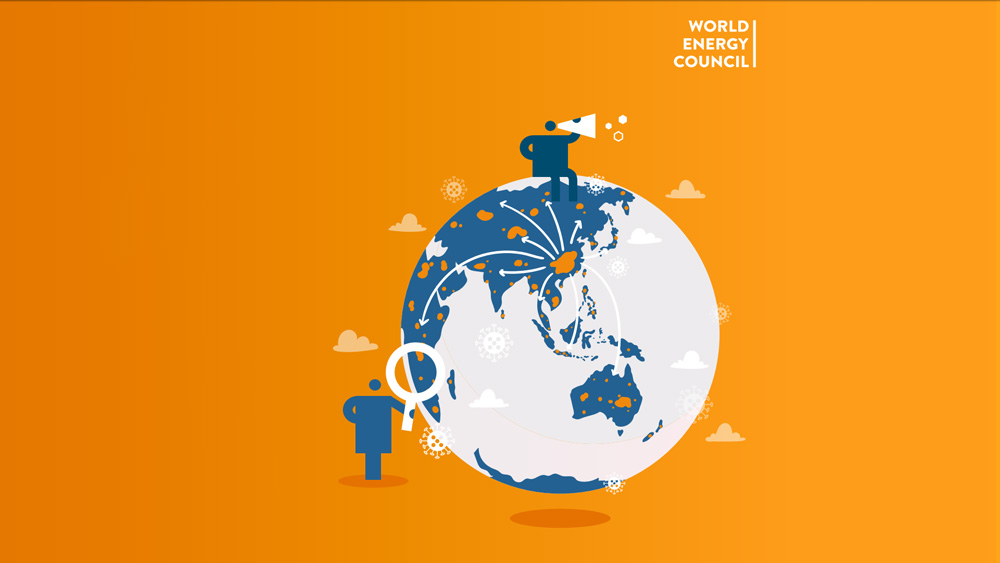 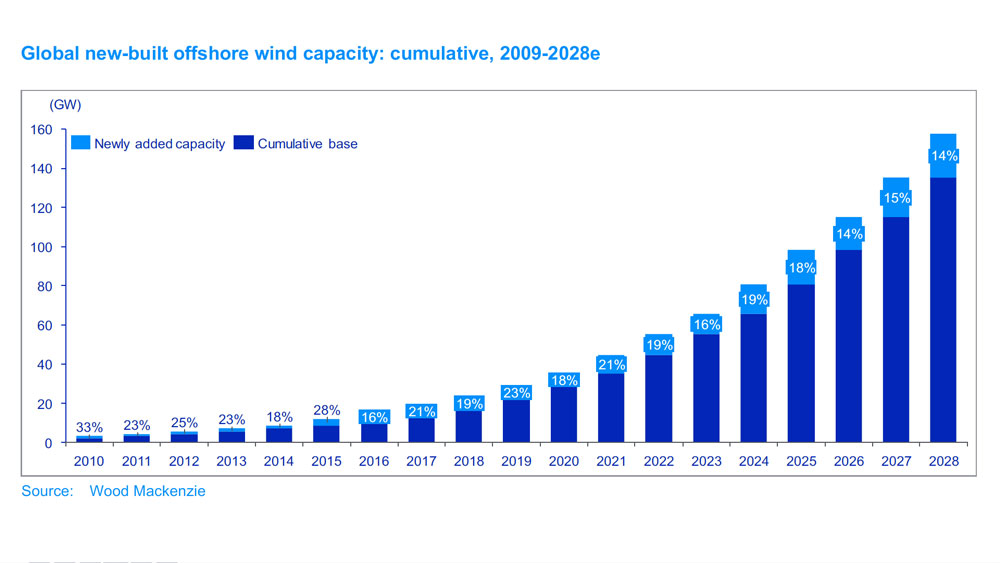 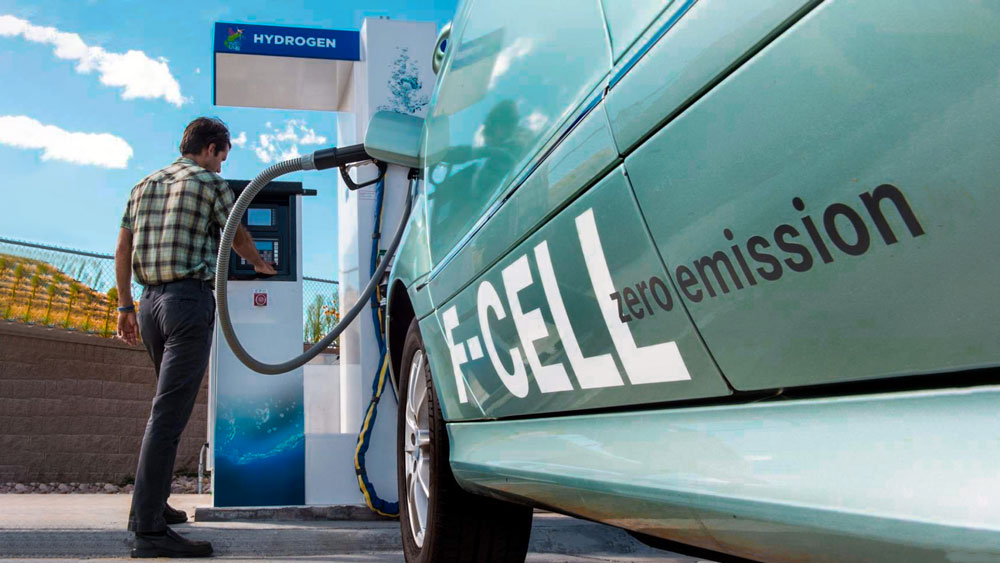 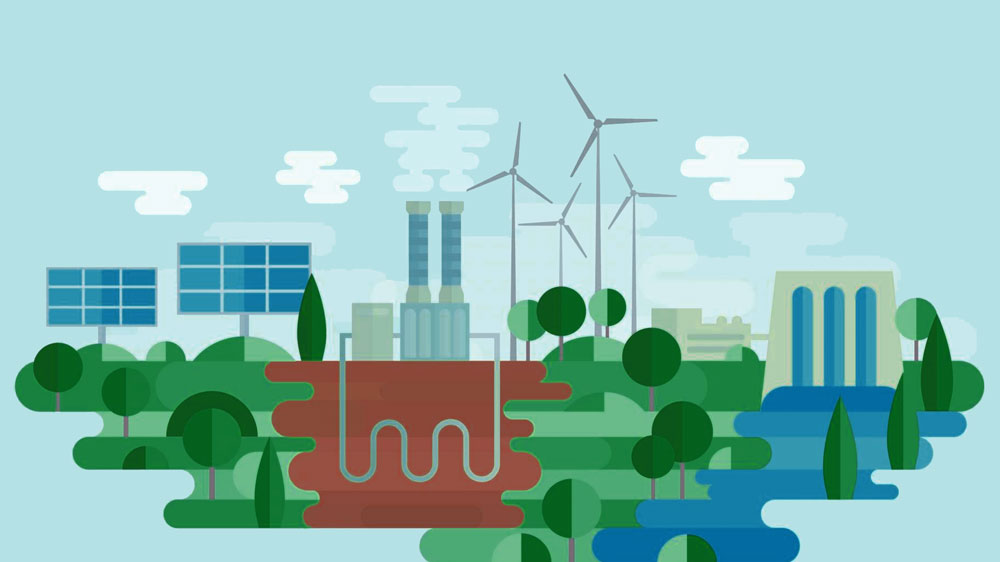 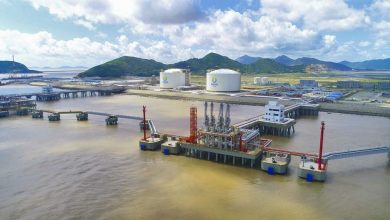 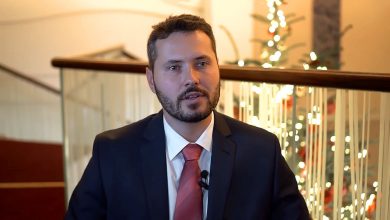 How blockchain technology works in the energy sector 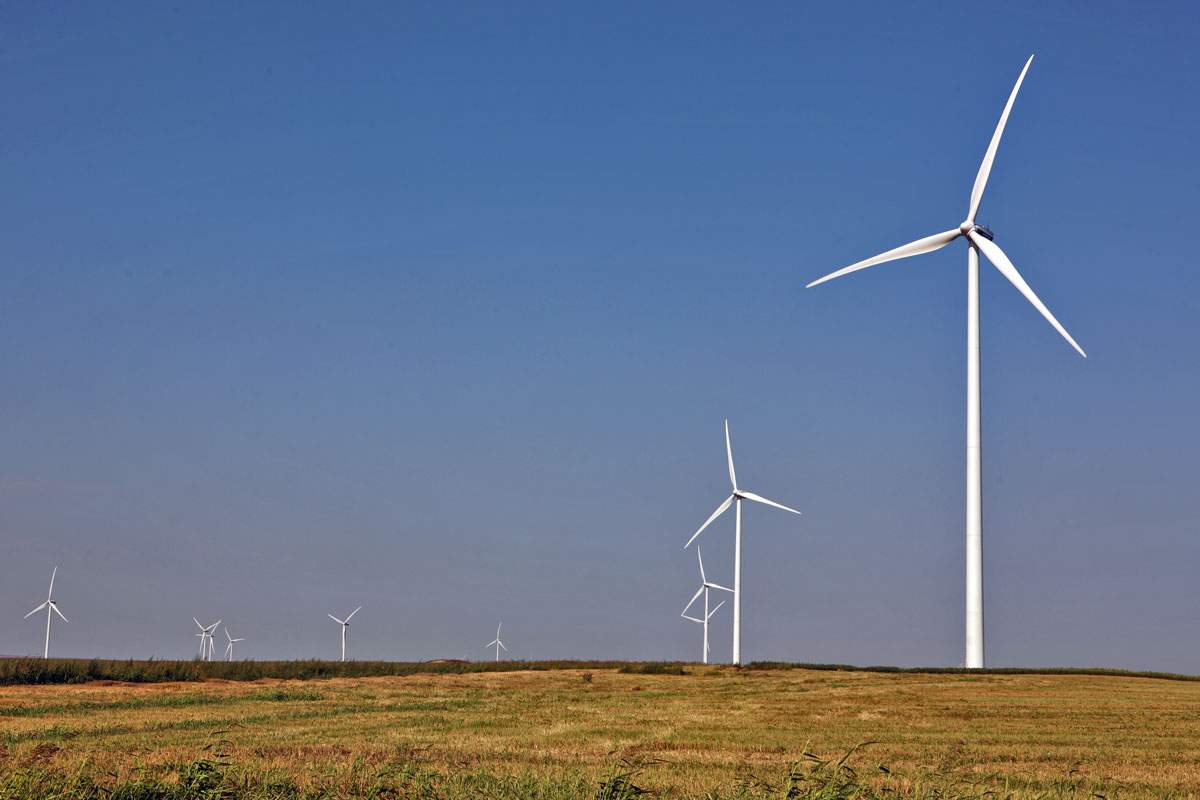 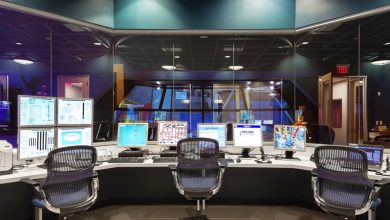