In the Foresight 20/20 series Wood Mackenzie’s analysts show that offshore wind (OW) is on track to become a mainstream source of electricity. The possibility for offshore wind to get cheaper than coal, gas, and nuclear in most major countries no longer seems to be a question of ‘if’ anymore, but rather of ‘when.’ This and the fact that offshore wind’s technical potential far exceeds demand begs the question of “what to expect from an industry with virtually unlimited potential?”

The report outlines what the next decade will bring for technologies and markets. One of the few certainties of the Energy Transition is that its advance will not be a straight-line. This series aims to highlight the underlying trends that will shape the coming decade and the gamechangers and risks that could, if they materialize, move the market.

Defining a decade: From niche to ‘hard to ignore’

Innovations have reverberated throughout the OW value chain. These innovations were manifested most notably in the second generation of multi-MW technologies > 6.0MW, where the wind turbines were designed specifically for offshore wind environments, as opposed to a reconfigured onshore wind turbine. Moreover, as the industry has accumulated scale, more companies have started to bet on offshore wind and invest in purpose-built equipment and designs targeting offshore wind.

Cost-out efforts and consolidation intensified in the offshore industry as competition picked-up and subsidies dropped. Siemens joined forces with Gamesa and Vestas with MHI, but ‘acquisitions’ was the most common theme with market leaders being acquired across the balance of plant (BoP) segments.

In short, industrialisation has been intensified and in turn, has catalysed a steep decline in the levelized cost of energy for offshore wind (LCOE).

The introduction of competitive tender systems far exceeded governments’ expectations and translated into the first projects where fixed incentives were replaced with the market price for electricity. Governments quickly responded by increasing offshore wind targets in mature markets and by accelerating the development of regulatory frameworks for offshore wind new markets in Europe, the US and APAC.

The big got bigger as European developers expanded geographical reach, while Chinese state-owned companies leveraged domestic growth. The European players’ aggressive push to position themselves in emerging markets, combined with local players’ desire to bring in experienced counterparties, also drove asset transactions to a stunning 100GW by the end of 2019, which also gives further testament to the growth ahead in the 2020s.

Future-focused: A final round of consolidation focuses innovation efforts and squeezes additional economies of scale

219GW of accumulated OW targets and a diverse 314GW offshore wind portfolio offer a strong foundation for the industry to tap into this potential in the 2020s. In fact, Wood Mackenzie has forecast cumulative OW capacity to increase more than seven-fold towards 2028. The industry is already on the forecasted trajectory as more than 80% of 2019-2025 forecasted capacity has already been awarded.

The OW industry is also growing in relative terms, making it an attractive diversification option. Offshore wind will constitute 25% of the total wind demand in 2028 (up from 10% in 2019) and narrow the gap in terms of CAPEX deployment compared with offshore upstream O&G.

The service market will grow in importance as the installed fleet grows and merchant exposure increases. Consequently, for future offshore projects, it is not just going to matter how much you produce, but also when you produce it. However, technological advancements, along with GW-sized hubs, allow for new and innovative solutions to be deployed.

Europe will continue to spearhead the LCOE decrease, with the most mature markets dropping below power prices from 2023 as the global LCOE decreases on average by half by 2028. Governments will be forced to rethink their role in offshore wind’s build-out.

Asset ownership and development will remain concentrated despite more developers entering the industry, including oil and gas players bound to make major steps in the offshore industry. A developer’s ability to secure and manage alliances and consortiums will evolve into a key strategic priority due to the intensified competition.

As most of the OW growth will be in areas suitable for bottom-fixed offshore wind, floating wind is only expected to constitute a small fraction of offshore wind capacity for 2019 to 2028. However, up to 10GW of floating wind could be deployed across 10 markets by 2030 if new markets enter the OW scene and new regulatory frameworks are formed.

Pipelines are piling up across the globe as offshore wind targets expand, but thus far regulatory frameworks exist in only nine countries. Consequently, uncertainty remains concerning the pace and scope of the deployment of offshore wind. For offshore wind to go truly global and become a mainstream source of electricity, more governments need to offer a clear and stable route to market.

Lukewarm returns from fierce competition could also slow down growth if competing investment opportunities start to become more attractive. Margin squeeze is already a theme in the value chain, particularly following the steep decline in bid prices. Growth and spread of demand combined with local content policies and larger components will add further pressure on the supply chain and require agility and investments across the value chain. Furthermore, dispersed developments across area characteristics and accelerated increases in turbine ratings will impact CAPEX distribution across the value chain.

Developers will increasingly see fluctuations in wholesale electricity prices as the offshore wind industry transitions to merchant risk markets throughout the 2020s. The risk from merchant price exposure will change the way offshore wind projects are financed.

Consequently, a better understanding of merchant risk-exposure and captured prices for offshore wind is needed to capture the forecasted growth in merchant markets. To effectively manage the merchant risk, companies need to be able to absorb at least part of the merchant risk and find new ways to close the funding gap between senior debt and equity in project financed projects.

In sum, while the potential is substantial, and growth is imminent, there are still uncertainties on how the offshore wind industry will get there, and therefore who will get there.

Digitalization of Energy in the IIoT Era

Digitalization of Energy in the IIoT Era 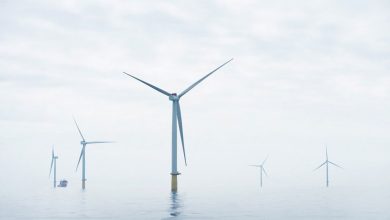 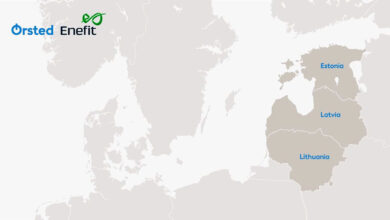 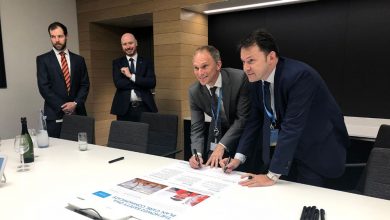