Officially launched at the end of 2016 and having as deadline 2018, the listing of Saudi Aramco oil giant is quiet but firm. At least this can be understood from the series of events that have taken place since late March 2017. The market value is estimated by Saudi Arabia officials at about USD 2,000 billion, however several independent assessments place the company’s capitalization at USD 400 billion. Existing data so far make the Initial Public Offering (IPO) for Saudi Aramco to look like a miracle. Their interpretations may turn it into a mirage.

In early April 2017, the whole Europe was steaming on Brexit’s official start. Right at this time British Prime Minister Theresa May was taking time to visit Saudi Arabia. She was accompanied by a group of businessmen which included, not at all incidentally, Xavier Rolet, one of the London Stock Exchange (LSE) directors. The media reported in particular the fact that Premier May did not wear a headdress during the meeting with Prince Muhammad bin Nayef, but the visit had as general objective the strengthening of the economic ties between the UK and the Saudi Kingdom. As a specific objective, however, the listing of Saudi Aramco on the London stock exchange was by far the most important topic on the agenda. At least this is the headline of a series of specialized publications that highlighted the intense activity of the LSE representative in relation to Saudi officials. He had repetitive meetings with the Saudi Kingdom representatives, holding extended talks at the airport, long after Prime Minister Theresa May was already boarded for take-off.

The prospect claiming that the main objective of the British Prime Minister’s visit to Saudi Arabia was to attract Saudi Aramco to LSE is also validated by the fact that, concomitantly with the visit, several officials from other countries and other stock markets, who want to host the Aramco listing, made statements; the New York Stock Exchange, the Tokyo Stock Exchange or the Hong Kong Stock Exchange were among those who had public appearances on the issue. On March 13, 2017, for example, the Japanese Prime Minister publicly requested the Saudi king to back Saudi Aramco’s listing on the Tokyo Stock Exchange; at the end of the same month, a Saudi official confirmed the serious talks on Saudi Aramco’s listing on the New York Stock Exchange, while the Hong Kong Stock Exchange also expressed interest in hosting the listing.

This is the sequence of public events that reveals the fierce battle in the undergrounds of the international political-economic mechanism to bring the Saudi giant’s shares on one stock market or another. And this is happening in a context that the Saudi government has cut the taxation level of petroleum companies from 85% to 50% of profit at the end of March – a move intended to increase the attractiveness of the company in view of the IPO under discussion.

In the same direction was the completing of the first audit on oil reserves in the Saudi Aramco operation at the end of January 2017, a transparency exercise that confirms the Saudi government’s intention to open the company to the public. The intention of Saudi officials to open the company by listing on a stock exchange is therefore more topical than ever before; this makes the initially announced deadline (2018) seem feasible.

How much is the petroleum giant worth

As Saudi Aramco’s listing is getting closer, the more important is to assess its market value. The first starting point in the evaluation process, setting the company’s value at about USD 2,500 billion, is the audit conducted in early 2017, which confirmed reserves of about 260 billion barrels of oil the company mentioned in all public reports.

Starting from this figure, in a very conservative assessment – considering a price of only USD 10 per barrel – the company could well exceed USD 2,500 billion. However, such an assessment has a high degree of irrelevance because, as Saudi officials have clearly highlighted on several occasions, the deposits are state-owned and not owned by the Saudi company.

In addition, in daily practice, investors evaluate a company in particular according to its ability to produce cash in the future. In the light of such an approach, an assessment by the consultancy house Wood Mackenzie through the ‘Discounted Cash Flow’ method (DCF – a method based on an output estimate, barrel price and extraction, transport and sales costs, applying a discount rate of 10% to the cash amount) leads the company’s potential market value to only USD 400 billion; nevertheless, very high, but significantly less than the estimates (or expectations!) of the Saudi officials.
It is true, however, that the Wood Mackenzie assessment focuses on the company’s ability to produce cash over short term only (i.e. only for the next few years) and not for the entire lifetime (and extraction!) which may last up to 70 years at the current rate of using the deposits.

Such a shorter-term approach, to the detriment of the oil deposits market value, is also required by the fact that over the longer term the degree of unpredictability in terms of taxes and royalties is significantly higher, or even the output level (which may be restricted by OPEC agreements or for other reasons by the government). The risks are not to be neglected, even though Saudi Aramco would benefit – as it is likely to happen – of a concession, production and sale agreement for the deposits in question. Drawing the line, the higher the risk, the higher the discount rate and the figure resulting from the evaluation will decrease.

A more appropriate approach could be to evaluate the financial results and some fundamental indicators, by which it can be compared to similar entities; by its size and complexity, ExxonMobil could play such the ‘benchmark’ role. The US company reported revenues of USD 226 billion last year and a net profit of less than USD 8 billion. The company’s report reads it gained almost nothing in the Upstream segment (where it produces about 4 million barrels of oil equivalent per day – against about 10 million barrels of oil equivalent per day produced by Saudi Aramco), with profits coming mainly from refining and petrochemistry. Considering these results, with a price of USD 84 per share, ExxonMobil has a market value of about USD 350 billion. In this context, the question is: is Saudi Aramco worth six times more than ExxonMobil? The answer is not hard to give… in circumstances where it is hard to believe that Saudi Aramco would have the same capability as ExxonMobil to manage its assets and produce cash.

Moreover, in daily practice, the investors assess the state oil companies by applying a number of other discounts, depending on the specifics. If we relate to companies such as Rosneft or Petrobras, it is likely that Saudi Aramco could have the actual value closer to, or even below, the level of USD 100 billion.

Rosneft, for example – the largest Russian oil producer and, obviously, one of the largest in the world – pumps about 5 million barrels of oil per day (almost half of the Saudi Aramco’s output); the company market value is only about USD 35 billion. Based strictly on this indicator – the output level, Saudi Aramco would therefore be worth only about USD 70 billion.

Another example could be Petroleo Brasileiro SA, its market price being assessed at only USD 23 billion, although this company controls almost everything that means oil industry in Brazil.
By comparison, ExxonMobil or Chevron – with similar or even lower production levels, have a market value of about USD 350 billion and USD 160 billion respectively.

As far as Saudi Aramco is concerned, the assessment is infinitely more complicated given its structure. This is because, in addition to the industry’s specific operations (exploration, processing and sales of oil and gas), the company financially supports a multitude of projects conducted by the Saudi Kingdom in areas such as health, research, education or even green projects and alternative energy; this means a consistent financial effort which, on the one hand, is difficult to separate from the company’s balance sheet and, on the other hand, it is very unlikely that it can be taken out overnight – given the social function of such projects.

According to the international press, among the banks selected to assist the stock listing are JPMorgan Chase & Co and Morgan Stanley. A bank with access to foreign investors could also be invited.

The transaction has attracted China’s attention, which considers the process to be of strategic interest to the government, while participation in the listing is also a political decision.
In the top of banks that could offer a credit line for Chinese investors are HSBC Holdings, alongside the International Industrial and Commercial Bank of China, a subsidiary of China’s Industrial and Commercial Bank, as well as International Capital China Corp.

The HSBC Group, headquartered in London, is one of the world’s leading financial and banking services providers, having a network currently covering 70 countries and territories across Europe, Asia, the Middle East and Africa, North America and Latin America. HSBC was set up in 1865 to finance the growing trade between Europe, India and China.

Beyond the many questions that may arise in the context of the (difficult!) assessment process, the IPO for Saudi Aramco remains very attractive to investors. After all, we are talking about the largest oil company in the world in terms of reserves, revenues and output. The 261 billion barrels of oil estimated to be in the company’s petroleum blocks under exploitation represent more than 10 times the volume of reserves reported by the largest listed company, ExxonMobil (which in 2016 reported reserves of about 20 billion oil barrels) and as many times as Rosneft’s reserves – the largest Russian producer (which in 2015 reported oil reserves of 34.5 billion tonnes oil equivalent).

The Saudi company is by far the largest oil producer in the world! Approximately one out of every 8 barrels of oil extracted worldwide comes from the Saudi Aramco production. The Saudi company had an output of about 12 million barrels a day at the end of 2014; at about the same level as ExxonMobil, Royal Dutch and BP produced altogether. At the same time, the company’s revenues amounted to USD 478 billion at the end of 2015 – twice as much as ExxonMobil, the largest listed company.

Figures show, therefore, that this listing could be the largest IPO in history. Their interpretation and integration into the context of other realities and information can transform this miracle into a mirage. 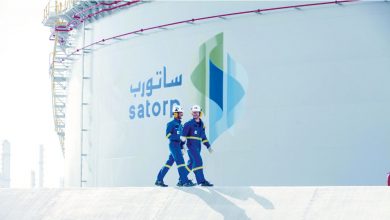 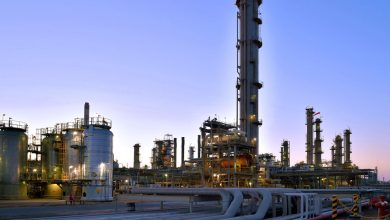 Saudi Aramco recognized as a leader in the Fourth Industrial Revolution 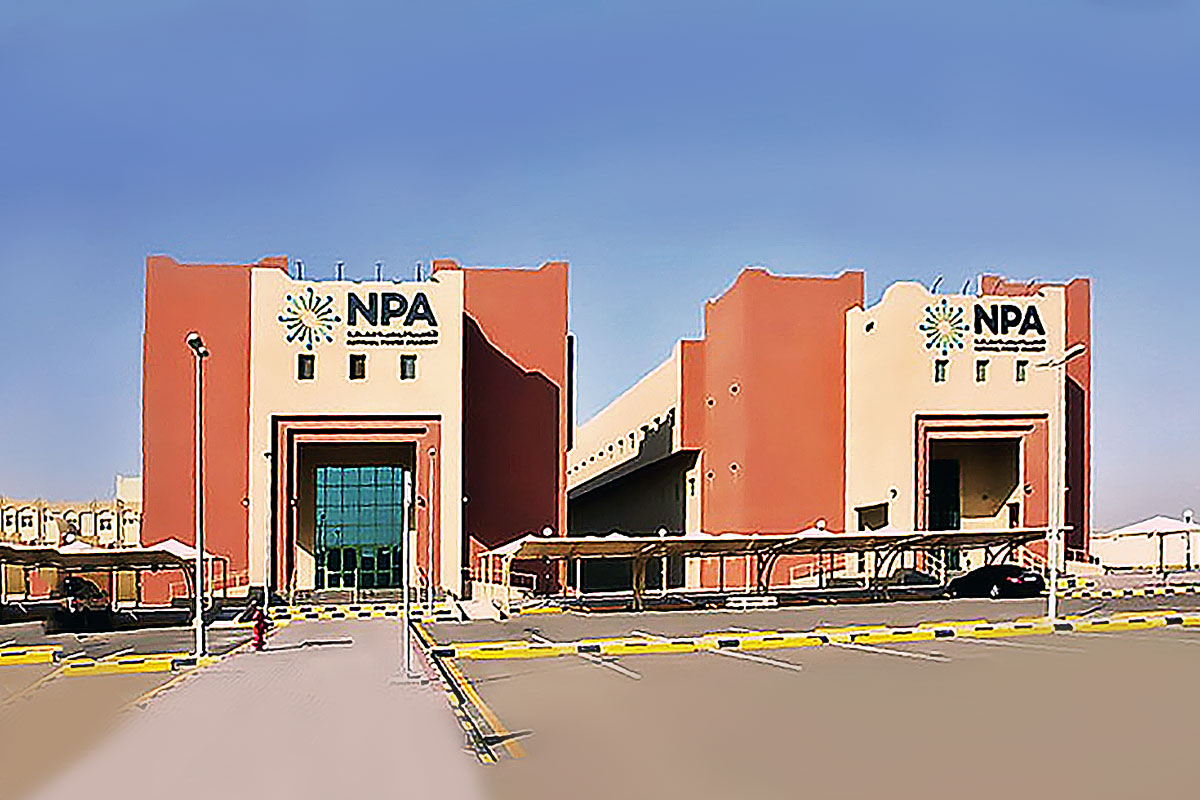 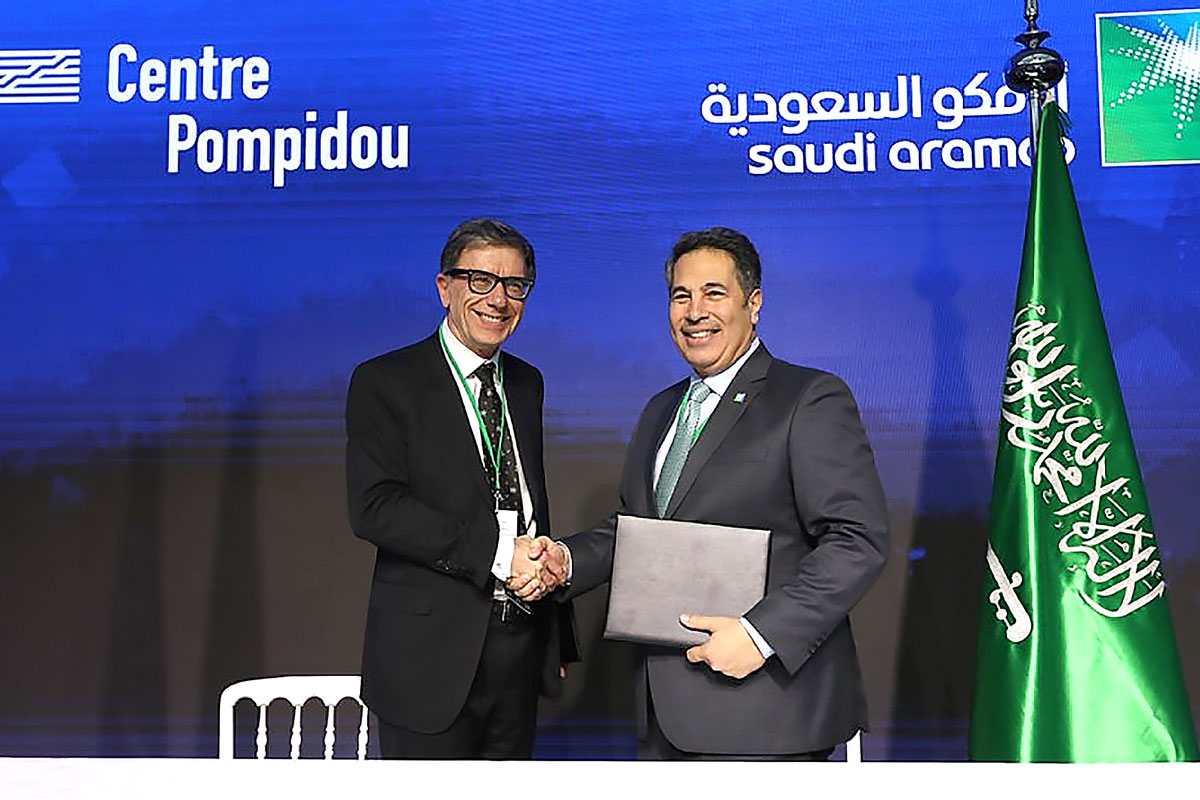