Electrica Group, a key player on the electricity distribution and supply market in Romania, is also one of the most important players in the energy services sector. Since July 2014, Electrica has been listed on the Bucharest and London stock exchanges, being the only Romanian listed company in the electricity distribution and supply sector in Romania.

Corina Popescu, CEO, assesses the situation of the national energy sector and discusses about hot topics at European level and way for actors of the domestic energy market can overcome obstacles and contribute to ensuring a functioning market.

As former Secretary of State in the Ministry of Energy, President of the Romanian National Institute for Energy Development Studies (IRE), as well as CEO of Electrica Group, how do you assess the situation of the energy sector in Romania in the context of current challenges at European and global level – climate change, changes of Community directives, fiscal, legislative, technological developments?

Corina Popescu: The industry is going through a period of transformation, both at international level and locally, and, if I were to describe this process in a single word, this would be adaptation. This process is generated by legislative changes, climate change, as well as the opportunities attracted by the technological developments with impact in the energy industry.

The main objective, at both European and global level, is finding efficient, environmentally friendly solutions, so that the carbon footprint can be reduced. This objective can be reached with sustained investments in research and technology. To be able to align to international rigors, we need an energy strategy assumed by the entire political class, also including a clear implementation plan. The transition phase is primarily focused on consumer, who needs quick access to a wide range of related services.

Moreover, the hottest topic at European level is what we call Green Deal, which means, in essence, a radical change, a new vision, facilitated by the new technologies, by digitalization, by artificial intelligence. Reaching the ambitious targets of this huge project involves major investments – we are talking about approximately EUR 260 billion per year.

For the energy sector and, very specifically, for us, it means that sooner or later we will drop coal, the share of renewables will increase, and networks must be fully integrated and digitalized.

This is why the new development strategy of Electrica Group takes into account these changes and targets a balanced portfolio, which includes, for example, the renewable segment, so that we respond to the current needs of environmental protection.

How do you believe the actors of the domestic energy market can get involved in order to overcome obstacles and ensure a functional market?

Corina Popescu: In order to align to the development directions outlined by the European regulatory framework, we need investments in the sector. Most market players have already announced their intentions to invest in the medium and long term, but which cannot be implemented if we fail to overcome the challenges represented by the regulatory framework in the industry, which contributes to a greater gap between Romania and the other EU countries.

We expect the situation to improve this year, because we need a regulatory framework allowing each actor on the domestic energy market to make the necessary investments to support the energy transition and ensure a functional market.

Electrica has presented an ambitious investment program, in the first half of 2019 the group investing in networks RON 360 million. What is the value of the total investment program in the previous year and what will its impact be?

Corina Popescu: After listing, Electrica has become the largest investor in Romania’s energy infrastructure, totalling, over the past few years, investments in upgrading and retrofitting the electricity distribution networks of over RON 3 billion. Electrica Group investments in infrastructure have increased significantly with each year, representing records in the industry and being financed to a great extent from internal resources, especially from funds coming from the capital increase, in accordance with the provisions of the prospectus of the Primary Offering.

For example, in 2018 we made investments of RON 878 million, in the three distribution companies within the Group. Last year we continued the ambitious development plan and invested by over 43% more compared to the minimum level imposed by ANRE, which means over RON 600 million, investments whose main purpose is to improve the quality of services we provide. Moreover, this year we intend to maintain the plan at a similar value, as we believe that a sustainable and consistent investment level must be encouraged, basically creating the foundation for improved performance of the distribution network, cutting technological losses, streamlining operational activities, all to the benefit of end-consumers. Therefore, investments in the distribution infrastructure will remain a priority for Electrica Group, as it has been in the recent years.

What are the most important programs/projects started by Electrica in 2019 and what are the ones planned for the following period?

Corina Popescu: One of the main achievements of Electrica Group in 2019 is the implementation of the ambitious investment plan mentioned earlier. At the same time, 5 years from privatization through listing, we have implemented extensive programs of transformation and optimization of activities, of cost reduction and adaptation of the strategy to market conditions, both in the area of distribution and services and in the supply segment, managing to make the Group’s activity more efficient.

As perspective, we are a utility company with the goal of becoming an integrated company and the ambition of being a regional player. In the medium term, we focus on expansion in related fields and obtaining synergies with the areas where we are currently operating. In this context, we rely on diversifying the range of services we provide.

We also rely on digitization, as we want to optimize and streamline the entire activity of the Group. Thus, at Group level, important investments will be made in improving and upgrading the IT infrastructure, the management systems, as well as investments in cyber security and business continuity, aiming to improve data protection and, implicitly, the quality of the services provided.

The entire strategy is supported by continuing investments in order to improve the reliability of infrastructure, which will help us increase the performance of the company and consolidate investor confidence. An important step in this process was represented by obtaining the BBB (Investment Grade) corporate rating, with stable outlook, from the rating agency Fitch Ratings, which confirms the solid financial profile of Electrica Group.

Corina Popescu: According to the preliminary unaudited consolidated results for 2019, Electrica recorded a consolidated net profit of RON 206 million. We trust that our investment plan translates into increased efficiency throughout the segment, into better services for customers and better results for our investors. As regards the estimates for the following period, the status of listed company prevents us from advancing opinions that can influence, in any way, the evolution of the market.

The greatest challenge of last year, for the entire industry, was the reintroduction of GEO 114, which put pressure on players in the entire market. Such changes, introduced without sufficient debate, can generate major imbalances. Given that we are a listed company, accommodation of the new measures also involved an additional effort of communication with investors, which needed explanations so as to understand the long-term impact on the business.

On the other hand, a major change from last year in the economic sector is represented by promotion of the Bucharest Stock Exchange to the emerging market status. This change of status is an opportunity for all listed companies, as they will be able to attract investments from the major funds which so far had, under their prospectuses, restrictions regarding investments in frontier markets.

What is the value of investments estimated for 2020 and what will be the priority directions targeted? What new investments will be started?

Corina Popescu: For this year, at the level of the three distribution operators within the Group, Electrica has planned investments worth over RON 600 million. The main objectives of investment programs envisage an improvement of indicators of continuity and quality of the electricity distribution service, reducing technological losses and increasing the operational efficiency.

Over a medium and long term, we aim to expand in related fields and obtain synergies with the areas we activate in, continue investments in improving the reliability of the energy infrastructure, improving the quality of services offered to customers, so that we increase the performance of the entire company and consolidate the economic results.

Enel has launched the process of selling operations in Romania and expects assets to be valued at approximately EUR 1 billion. Enel Energie and Enel Energie Muntenia are leaders of the electricity supply market in Romania and have announced a number of two million residential customers on the competitive market of electricity supply. Will Electrica join the race for purchasing Enel assets?

Corina Popescu: Electrica Group permanently explores market opportunities, including those relating to mergers and acquisitions. As I mentioned, in the new strategy we have set ambitious targets, including to become a regional player. If we identify opportunities in line with our development strategy, they will be subject to approval by the competent bodies, in accordance with the provisions of the Articles of Association, and be communicated in a transparent and non-discriminatory manner, in accordance with the provisions applicable to listed companies.

The market last year witnessed an accelerated increase in prices. What are the estimates for this year?

Corina Popescu: There are still indications on the need to improve legislation and correct certain market behaviours, in order to encourage long-term contracts and reduce operators’ appetite to trade important quantities on DAM and the Balancing Market. For this purpose, we need the authorities to use the necessary regulatory instruments.

Will the new EU environmental policy lead to an increase in energy prices? How will Electrica Group be affected?

Corina Popescu: Being a listed company, we cannot create speculation. But, as previously mentioned, at the end of last year we launched a new strategy of Electrica Group, which allows us to adapt to the new market conditions, including to the new European environmental policies.

Romania’s energy balance does not look too good: production and exports of electricity fall, while imports increase dramatically. How do you explain the current situation, given that a year ago officials talked about Romania’s energy independence?

Corina Popescu: Our objective is to become active in the production sector, which has potential. In the medium and long term, as part of the transition process, we estimate that gas will have a greater share, but it is clear that renewable energy is the future.

What would you change, if you could, on the Romanian energy market in terms of development strategy, investments, legislation?

Corina Popescu: The experience of recent years shows that the energy sector has faced major changes, some absolutely necessary, others that will probably have to be improved, because it is essential to learn from the mistakes of the past.

What we are missing now is a national strategy, with well-defined objectives and a strategic investment plan. We need a legislative framework providing predictability and boosting investments in the industry. At the same time, identifying balance between the affordability of energy prices and ensuring the security of energy supply is a challenge that must be analysed as a priority. There is a broader discussion on this subject, especially given that there are numerous debates and analyses in the field, we know what should be done but sometimes we get stuck in the implementation stage. 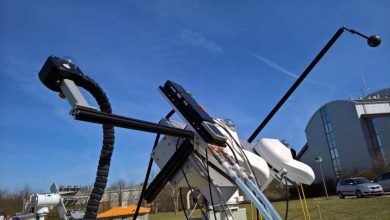 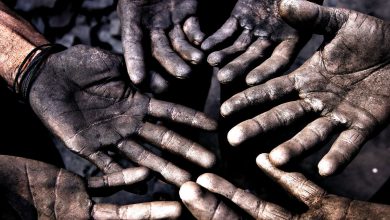 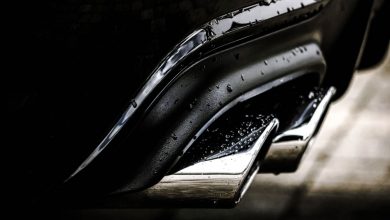 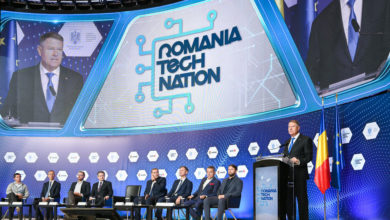