Mazarine Energy, founded in 2013, is a Dutch subsurface-driven private oil and gas exploration and production company focused on early-stage exploration and field development. Recently the subsidiary in Romania has obtained the NAMR agreement to take over onshore oil deposits from OMV Petrom. Spencer Coca, Country Manager Romania – Mazarine Energy, has given us details on the future plans and on the company’s operations in Romania.

Spencer Coca is Country Manager at Mazarine Energy Romania srl, subsidiary of Dutch company Mazarine Energy BV. He studied geology and graduated master with ‘magna cum laudae’ at the University of Salzburg (Austria), and then began his oil career at Shell. He first worked as a field geologist at Shell International Exploration & Production (SIEP) at The Hague offices and at the research centre in Rijswijk (the Netherlands) in charge with onshore deposits development plans in Nigeria, Egypt and Austria. He then worked for Shell Libya Petroleum Development, in charge with mature and heavy oil redevelopment projects, then he moved to the Far East. There he held various oil engineering and development manager positions at Shell Malaysia and Indonesia.

He returned to the country after 24 years in order to take over the position of director of the division for deposits and later director for oil engineering with the OMV Petrom SA group. He was in charge with all onshore and offshore redevelopment and management projects in Romania and was the liaison officer between the company and NAMR. At OMV Petrom, the projects initiated and developed by Spencer Coca have led to proven reserves of more than 200 million barrels of oil equivalent, and to more than 1,200 new drilling projects.

He has received several distinctions for works and presentations at international congresses and is an active member of the American Association of Petroleum Geologists (AAPG). He is involved in extracurricular activities, acting as president of the Romanian Federation of Speleology and member of the National Association of Mountain Rescuers in Romania.

You have an impressive business card and you have accumulated huge experience in the oil and gas industry. How do you assess the evolution of the hydrocarbons market in Romania?

Romania holds probable hydrocarbon reserves in excess of 1 billion barrels oil equivalent (boe), thus being one of the leading European countries in this domain. If we consider only onshore petroleum reserves, then Romania ranks second in the EU. From my point of view, these hydrocarbon reserves need to be developed and produced in order to benefit the Romanian economy. Every country in the world that is lucky enough to have natural resources will transform these into a benefit for their nation.

The Romanian oil and gas market needs on one hand more competition, while on the other hand a more predictable legal framework that implicitly encourages investment. The Romanian petroleum industry has suffered badly from the late oil price crash, which has left a negative mark in all companies’ budgets. Furthermore, the attractiveness of the Romanian petroleum sector to foreign investment has diminished over the last couple of years, partly triggered by the repetitive postponement of the exploration acreage bidding round. Despite all of this, Mazarine Energy has entered the Romanian market because it firmly believes that there is remaining potential in the existing reservoirs and because it wants to invest for the long term.

When and why have you joined the Mazarine Energy team?

I joined the Mazarine Energy team in early 2015 because I am convinced of the winning vision and entrepreneurial strategy of the company. After a long carrier in large corporations one should try the speed and spirit of a smaller company.

How did the history of Mazarine Energy start and which were the criteria considered in order to enter the Romanian market?

Mazarine Energy was founded in 2013 by the Dutch entrepreneur Edward van Kersbergen who acquired exploration acreage in Tunisia and Australia. In the Zaafrane concession (Tunisia) Mazarine Energy managed to acquire 3D seismic and drill exploration wells in only 18 months from becoming title holder. The wells discovered a new oil and gas field and have also highlighted the potential for a new larger structure that will be drilled and tested in 2018. In the meantime, the discovered field has been developed and entered into the production phase.

In Romania Mazarine Energy wishes to apply their knowledge, technology and necessary funding in order to increase the recovery from existing mature fields. Based on what we know, only 10% of oil fields benefited so far from dedicated advanced recovery projects (IOR/EOR), although many more fields are suitable for these technologies.

Furthermore, we need to mention that Romania offers a qualified workforce that is competitive at international levels and on which Mazarine Energy fully relies. We are proud to say that in Romania we employ only Romanians.

OMV Petrom announced on October 17, 2016, that it has agreed to transfer 19 onshore oil fields, three overhaul facilities and the related teams to Mazarine Energy Romania. What does this business transfer mean?

The business transfer agreement implies the takeover of the title to the 19 petroleum concession agreements including operatorship. Mazarine Energy has further taken over the entire staff base associated with the fields and we intend to further develop the employees in terms of new operational methodologies and ways of working. At the same time, we have taken over all obligations derived from the concession agreements as were existing at the time between OMV Petrom and the National Agency of Mineral Resources (NAMR).

The fields at hand are in various stages of development and prospectivity. Mazarine Energy has drafted re-development plans for each of them and these will be implemented in the period 2017 – 2020. Through this investment campaign we hope to extend the economic life of fields beyond 2028.

Moreover, we have also taken over from OMV Petrom a small electric power generation business that is based on two Gas-to-Power (G2P) plants with an installed capacity of 4.8 MWh and which we want to expand. Currently we are working on a feasibility study to assess further growth in this area, by installing more G2P units in other areas rich in associated gas.

According to Order no. 286/2017, in force since August 3, Mazarine Energy Romania has become holder of the oil exploration-development concession agreement in the Ileana block, Călărași County, having the responsibility to carry out oil operations in accordance with the contractual provisions of this agreement. As operator, which oil operations will you actually carry out?

In the Ileana field Mazarine Energy has already kicked-off with a 3D seismic acquisition survey, which we intend to finalize as soon as possible. Our technical experts will then incorporate the data into complex 3D geomodels that will be used to plan new well locations. For 2018 we plan to drill at least five new development wells. Additionally, we have initiated a water-injection pilot project that will be started next year. On the facilities side, we plan to develop the Ileana tank farm into the main crude processing hub for all our Moesian Platform fields.

What opportunities for production optimization and overhaul to increase production do you consider? What is the stage of the seismic acquisition campaigns to identify the structures that have not yet been drilled?

We are convinced that without the acquisition and proper interpretation of 3D seismic data no company can ascertain the entire potential of Romanian oil fields. Compared to other petroleum basins in the world Romania has a very small 3D seismic coverage (around 10%). Mazarine Energy intends to acquire 3D seismic over at least 50% of our acreage. As such, we have already initiated two such projects in the Ileana and Câmpeni concessions, which will be followed next year by another campaign that will cover three other fields from our portfolio.

In terms of production increase our target is to double the existing production in the next two years. This will happen through a large workover and well intervention program in existing wells, which on average will encompass 100 wells per year, augmented by a new well drilling campaign.

Our success will depend first and foremost on our ability to control costs, which currently (and despite the low oil price environment) are not competitive. In the US, where indeed competition is tough, a new well of the kind we plan to drill in Ileana would be 35-40% of the cost in Romania.

According to a press release from OMV Petrom, the overall daily production of these 19 fields was of about 1,000 boe/day in 2015. Which are the Mazarine Energy’s estimates (as percentage)?
100% more.

What do you expect at the end of 2017? What about the next period?

Personally, I wish that Mazarine Energy starts to leave a mark in the Romanian petroleum industry. Until the end of 2017 I expect a 20% production increase. On the long run our goal is to become the largest independent petroleum company in Romania. We want Mazarine Energy to be the company people wish to work for. On top of that our expectation is to grow the energy business and consolidate our position in this market segment.

Does the company also consider other investments in Romania or in the region in the future?

Certainly. We are in Romania for the long run and we are open to any opportunity out there. We watch the market continuously and are considering investing up to 500 million USD.

In the current oil market context, what tools does a manager have to increase efficiency and give more value to the business? What strategic decisions are priorities on your agenda?

In a low oil price environment, a manager needs to evaluate and strictly control production costs. The key to success is not in applying overall cost cutting exercises but rather in very targeted areas. It is always amazing to see how much cost saving potential exists without creating a negative impact on the organization. But, indeed it’s not only about cost cutting. The second, and most difficult to maneuver lever is to increase production at a low cost.

Here we are talking about a full range of operational measures to optimize the existing production system. For a manager, the strategic decision is how he or she wants to shape the organization by imposing a certain “modus operandi” that in turn will influence the performance of each employee. My number one priority is to build a team of professionals sharing the same vision about the future of the company. 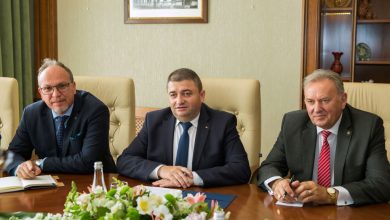 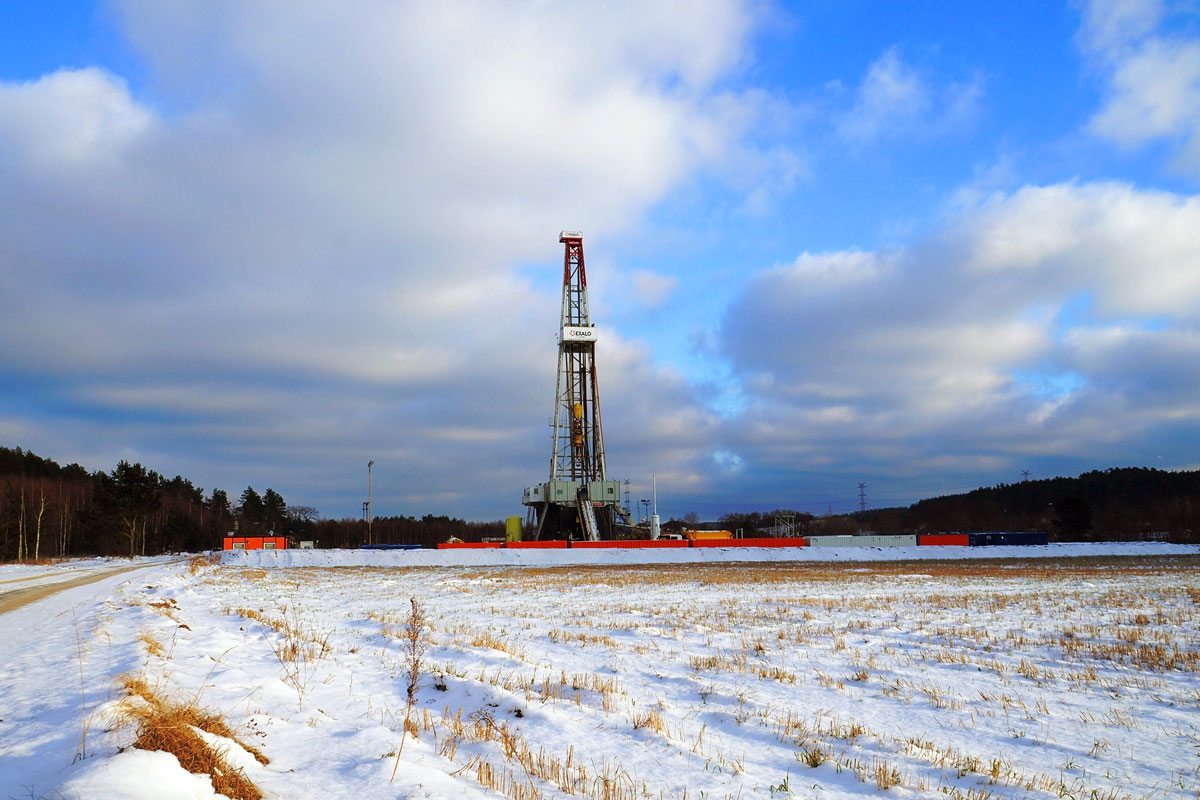 Oil and gas localisation in Russia: The new frontier 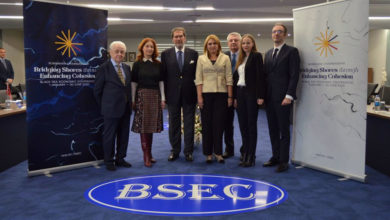 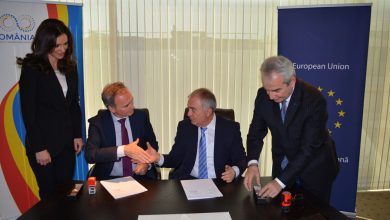