INEOS, one of the world’s largest manufacturing companies, has announced its intention to purchase the global Aromatics and Acetyls businesses of bp for a consideration of $5 billion. $4 billion will be payable upon completion with the remaining $1 billion deferred until, at the latest, June 2021.

The business consists of 15 sites across the world (5 in the Americas, 2 in Europe and 8 in Asia) as well as 10 leading joint ventures.

INEOS will acquire a range of world class assets and an experienced team of people.

The deal is a good fit with INEOS existing asset base, reintegrating the Hull site and expanding the existing INEOS footprint at Geel, Belgium.

Under the terms of the agreement, INEOS will pay bp a deposit of USD 400 million and will pay a further USD 3.6 billion on completion. An additional USD 1 billion will be deferred and paid in three separate instalments of USD 100 million in March, April and May 2021 with the remaining USD 700 million payable by the end of June 2021. Subject to regulatory and other approvals, the transaction is expected to complete by the end of 2020.

INEOS is a leading global chemicals company with a network spanning over 180 sites in 26 countries, employing some 22,000 staff worldwide. Over the past two decades, INEOS has acquired a number of businesses from bp, most notably the 2005 USD 9 billion purchase of Innovene, the bp subsidiary that comprised the majority of bp’s then chemicals assets and two refineries.

bp’s petrochemicals business is focused on two main businesses – aromatics and acetyls – each of which has leading technology and advantaged manufacturing plants, including a strong presence in growth markets in Asia. In total, the businesses have interests in 14 manufacturing plants in Asia, Europe and the US and in 2019 produced 9.7 million tonnes of petrochemicals.

“This is another significant step as we steadily work to reinvent bp. These businesses are leaders in their sectors, with world-class technologies, plants and people. In recent years they have improved performance to produce highly competitive returns and now have the potential for growth and expansion into the circular economy. I am very grateful to our petrochemicals team for what they have achieved over the years and their commitment to bp. I recognise this decision will come as a surprise and we will do our best to minimise uncertainty. I am confident however that the businesses will thrive as part of INEOS, a global leader in petrochemicals. Strategically, the overlap with the rest of bp is limited and it would take considerable capital for us to grow these businesses. As we work to build a more focused, more integrated bp, we have other opportunities that are more aligned with our future direction. Today’s agreement is another deliberate step in building a bp that can compete and succeed through the energy transition,” Bernard Looney, bp chief executive officer said.

“With today’s announcement we have met our USD 15 billion target for agreed divestments a full year ahead of schedule, demonstrating the range and quality of options available to us,” Brian Gilvary, bp’s chief financial officer, mentioned. “bp has had a long relationship with INEOS and this agreement reflects the mutual respect and trust that exists between us. It is a strategic deal for both parties that recognises both the high quality of the businesses and that INEOS is in many ways a natural owner for them,” he added.

“We are delighted to acquire these top-class businesses from bp, extending the INEOS position in global petrochemicals and providing great scope for expansion and integration with our existing business,” Sir Jim Ratcliffe, founder and chairman of INEOS stated. “This acquisition is a logical development of our existing petrochemicals business extending our interest in acetyls and adding a world leading aromatics business supporting the global polyester industry,” he also noted.

bp’s aromatics business is a global leader in the production of purified terephthalic acid (PTA), a key feedstock for the manufacture of polyester plastics, and its precursor paraxylene (PX). The business’s largest manufacturing plants are in China, the US and Belgium and it licenses its leading PTA production technology to producers around the world.

The acetyls business produces acetic acid and derivatives such as acetic anhydride, which have uses in a wide range of sectors. It has a diverse base with manufacturing plants in the US, the UK, China, Korea, Taiwan and Malaysia. The sale will also include related interests such as the chemical recycling technology bp Infinia and bp’s interest in acetylated wood developer Tricoya.

In total, the businesses included in the transaction currently employ over 1,700 staff worldwide. These staff are expected to transfer to INEOS on completion of the sale.

This agreement means that bp has now agreed USD 15 billion of divestments and other disposals through 2019 and 2020 to date, an amount originally expected to be reached by mid-2021.

The sale agreement includes the whole of bp’s aromatic and acetyls businesses, including assets, technology and licences, as well as related assets.

Manufacturing plants, and their primary products, included in the sale

bp’s petrochemicals assets at Gelsenkirchen and Mulheim in Germany are highly integrated with bp’s Gelsenkirchen refinery and are not included in the sale.

In connection with this transaction, INEOS has an option to acquire from bp the research complex located at Naperville, Illinois, for an additional consideration or to enter into a lease or other arrangement for the same.

The gross assets that are the subject of this transaction amounted to USD 3,496 million as at 31 December 2019. For the year ended 31 December 2019, a replacement cost profit before interest and tax of USD 396 million arose in relation to these assets. 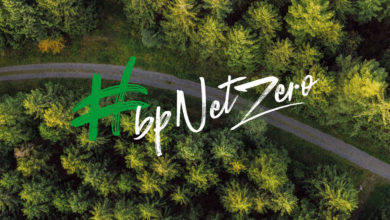 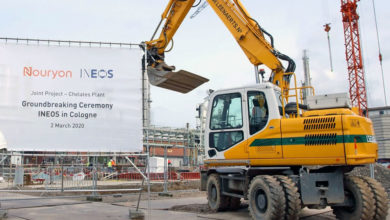 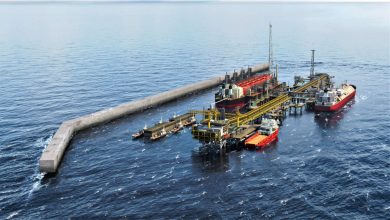 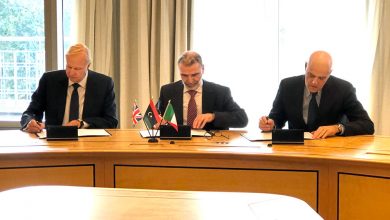