Power sector emissions fell by 13% (129 MT), due to Europe’s coal collapse in 2019; hard coal fell by 28% (81 MT) and lignite fell by 18% (60 MT), offset by a 3% (12 MT) rise in gas & oil generation, according to the analysis ‘Global Electricity Review 2020’ realized by think tank Ember. According to it, around half the power sector emissions falls came from coal-gas switching, with the other half from new wind and solar installations. 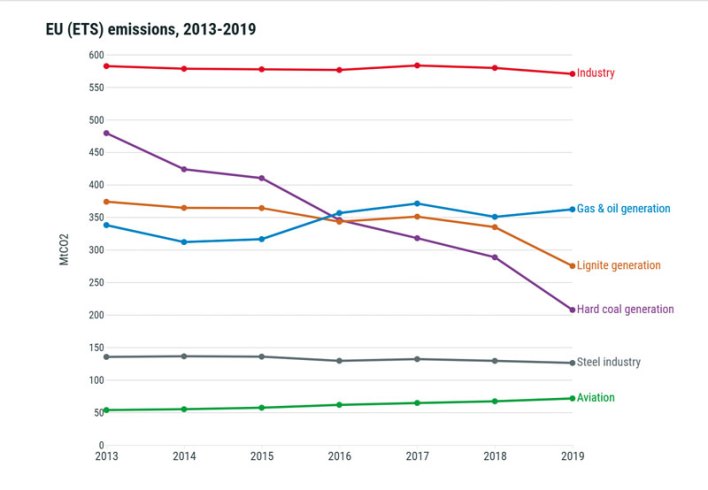 Analysis from the Global Electricity Review 2020 by climate think tank Ember shows that global carbon emissions have decreased by 2% last year, the steepest drop since 1990 as the United States and the European Union turns towards cleaner energy sources, power from coal plants fell by 3% last year, despite the fact that China’s dependence on coal continued to increase to take up half of the global share of coal generation. The overall decrease is mainly due to the fact that power from coal plants halved in the United States and Europe since 2007.

However, Ember’s experts warned that this decrease is mainly due to one-off factors such as a milder winter season last year, and the slight cut in carbon emissions is not enough to catch up to the rate at which the climate crisis is intensifying. “Progress is being made on reducing coal generation, but nothing like with the urgency needed to limit climate change,” the report wrote.

The researchers reiterate that while the US and Europe is showing signs of improvement, China’s growth in coal is greatly concerning and will hamper efforts to fight the climate crisis.

Amid the coronavirus outbreak, China’s electricity demand and industrial output has taken a tumble, which led to a significant slash of its carbon emissions by 100 million metric tonnes. Transportation links and cities coming to a virtual standstill has also drastically improved the levels of pollution in the country, with NASA satellite images showing a plummeting of the amount of nitrogen dioxide in the atmosphere in Wuhan.

But experts say that this phenomenon is likely to be temporary. As China’s protective regulations and infection rates ease, the country’s huge power generation and industrial capacity will quickly drive up output again to its regular levels of coal consumption. Though renewable wind and solar energy use has steadily increased over the years to make up 8% of the world’s current electricity supply, the report emphasised that the world will need to record a compound growth rate of 15% for both wind and solar generation every year to meet the goals of the Paris Agreement. This will require a ‘colossal effort,’ the report warned.

To ensure a further rapid decline in emissions, the phase out of lignite power plants is an urgent priority. The six major remaining lignite countries are: Germany, Poland, Czechia, Romania, Bulgaria, and Greece, according to the above-mentioned report. Their lignite emissions are responsible for 17% of all EU ETS emissions, yet generated only 9% of Europe’s electricity. Of the six countries, only Greece has a sufficiently ambitious timeline to phase-out lignite. Germany’s 2038 phase-out date is too late; it’s both incompatible with the Paris Agreement and an abdication of the required climate leadership from the EU’s largest economy. Similarly, while Czechia has a set up a coal commission which will set an end date for lignite, the dates currently under discussion do not reflect the urgency of the task at hand. In Poland, Romania & Bulgaria a phase-out of lignite is not even under discussion. Hard coal is on a path to phase-out, with the exception of Poland. Poland’s hard coal emissions exceeded Germany’s in 2019 for the first time. This means Poland’s share of Europe’s hard coal emissions has doubled from 16% in 2013 to 33% in 2019. Poland needs to urgently address not only its lignite emissions, but also its hard coal emissions. Poland’s coal power accounts for 62% of its EU ETS emissions.

The steel sector makes up 8% of EU ETS emissions. Approximately 80% of these emissions are from just 30 blast furnaces. While traditionally considered hard to decarbonise, the technology to make new coal-free steel at these sites is developing quickly; the use of hydrogen is now considered a likely long-term solution. A number of demonstration projects are in development (hybrid, for example) but significant policy support will be needed before large-scale deployment takes place. For recycled steel, coal-free production is already possible via electric arc furnaces (EAF) powered by renewable electricity.

Therefore, in the future, steel production – either powered by electrolysed hydrogen or powered directly by electricity using EAFs – will require huge amounts of zero-carbon electricity. Consequently, an over-build of wind and solar across Europe is needed to help power steel’s transition. Adding up the power sector and steel, wind and solar electricity could replace at least 60% of 2019’s EU ETS emissions. Governments should work hand-in-hand with steel companies to transition these sites. Most countries have just one or two blast furnaces, so bilateral solutions between governments and steel companies may yield the most optimal response.

The government response to COVID-19 must be to protect and create jobs. Steel sites are often steeped in over 100 years of steel-making history, still with 10,000’s of employees in the steel value-chain in the same region. As we bounce out of lockdown, COVID-19 provides an opportunity to give the investment and innovation needed to future-proof the steel industry, onto a pathway of coal-free steel. 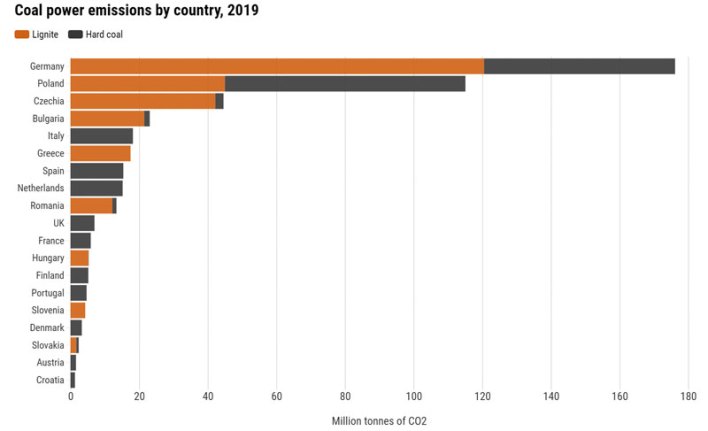