On September 17, 2020, BSOG and GSP Offshore announced the start of the stage of laying the pipelines of over 120 kilometers that will carry gas to Romania and cover 10% of the country’s consumption needs.

The event for the commencement of pipelaying was attended by PM Ludovic Orban, Economy, Energy and Business Environment Minister Virgil Popescu, Minister of National Defense Nicolae Ciuca, Minister of Environment, Water and Forests Costel Alexe, as well as US Ambassador to Romania Adrian Zuckerman.

“I am honored to be present today at a symbolic moment for a fundamental project for Romania’s economic development. This symbolic moment shows the clear will to complete a project extremely important for Romania, namely the start of exploitation of the first offshore gas field, after 1989. Two companies are involved in this project: Black Sea Oil & Gas, which works in partnership with Grupul de Servicii Petroliere – a very concrete illustration of the strategic partnership between Romania and the US. Black Sea Oil & Gas is owned by Carlyle group, which has the license to operate and exploit the field, and Grupul de Servicii Petroliere is a 100% Romanian company, which has developed spectacularly in the last 15 years and which has implemented projects in many parts of the world, complex projects, extremely important and made in the best conditions. The value of the project amounts to USD 400 million, this being a project with great value and highly complex, whose target is to bring gas from the offshore field into the gas network of Romania, so that gas can reach the gas transmission and distribution infrastructure. The project also involves the technical operator of the national gas transmission system, Transgaz, which builds the pipeline from the gas treatment plant to Transit 1 pipeline and another pipeline through which the extracted gas will reach Transgaz’s network. The Government I run has mobilized EUR 1 billion for the project aiming at the establishment of gas distribution networks in the localities where such gas distribution does not exist, so that Romanian gas reaches the homes of Romanians; we also support all investments through which natural gas can be capitalized on, so that it generates added value, well-paid jobs and quality and competitive products,” stated Ludovic Orban.

“For us, for the Government of Romania, Black Sea gas exploitation has been, is and will continue to be a priority. Today we are witnessing an important step for this project, a US investment of over EUR 500mln, through which Romanian Black Sea gas will finally reach the homes of Romanians. It is an ambitious program that the Government has assumed, to bring Romanian gas to the homes of Romanians, to have new gas sources available. Today, by starting works to install the submarine pipeline, we will have the certainty that next year the first molecule of gas will flow through these pipelines. I wish this strategic partnership with the US, this economic side to continue,” Virgil Popescu added.

“In order for projects in the Black Sea to gain momentum, it is absolutely necessary that all hostile legislation in the Black Sea hydrocarbon fields, which was adopted in 2018, disappears completely. And those rules that at the moment allow foreign companies and foreign producers to bring natural resources to Romania at the expense of local companies and producers must disappear. Romania must ensure that it can produce its own gas without problems and that it stops imports,” Mark Beacom, CEO BSOG, underlined. 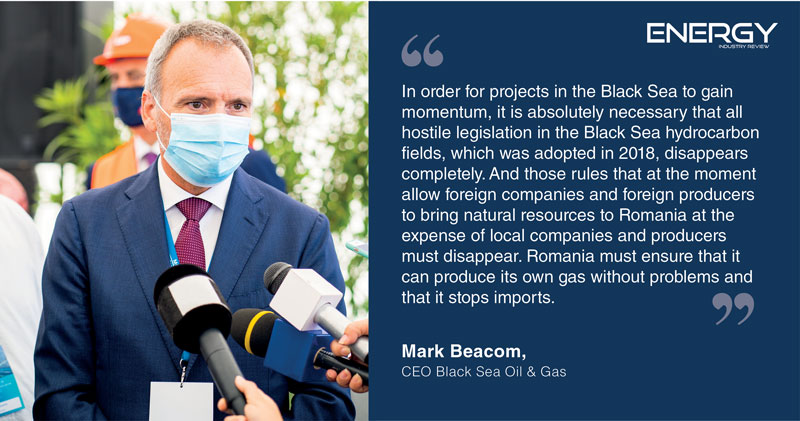 “Today there is a special event for Romania, for the Romanian-US partnership. This project started two years ago is beginning to take shape, after the engineering phase, after the long preparations, manufacturing… This project is entirely a Romanian project, made with teams of Romanian specialists, with Romanians, with Romanian equipment. We have started laying the underground pipeline for several days. The distance to contact with water is 150 meters, and in total it has 1.5 kilometers. The submarine pipeline under-crosses the beach. After this well is drilled, it will be connected to the pipeline within several days. We estimate that the production rig will be installed in November, the Uranus jack-up rig following to become operational for drilling somewhere at the end of December, and in the middle of next year the first gas would enter the national transmission system. Romania has a tradition of over 40 years in offshore production, with the first Romanian drilling rig Gloria, which we are now turning into a museum. We have Black Sea exploitation started by Petrom, continued by OMV Petrom and, more recently, now the first important development of new fields of the partners from Black Sea Oil & Gas. Romania has major chances to stop gas imports and be able to use the money we get out of the country in other investments. It is the first project, Neptun Deep and Trident Lukoil will follow. With these Black Sea discoveries, Romania can become a net exporter, not an importer,” Gabriel Comanescu, CEO GSP Offshore, pointed out. 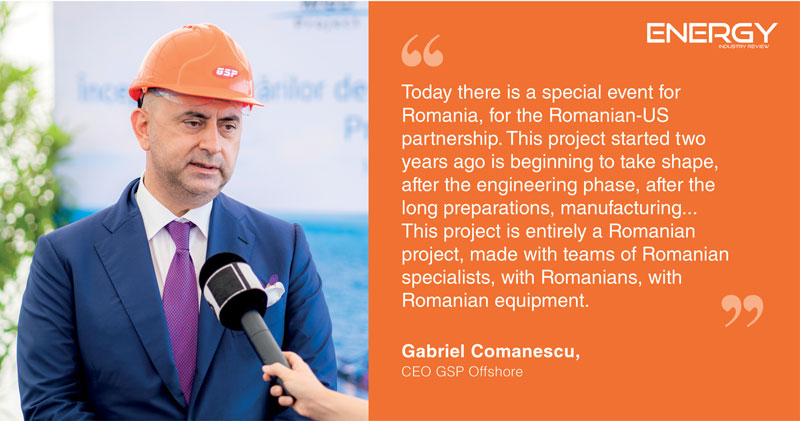 About the Midia Gas Development Project

The Midia Gas Development Project (MGD Project) comprises the Ana and Doina gas fields (320 Bcf P50 contingent resources) which were discovered in 2007 and 1995 respectively. Both are of latest Miocene to Dacian age, shallow marine sandstone (shore face) reservoirs, some 120 km offshore Romania, in the XV Midia Shallow area where the water depths are of 70 meters.

Midia Gas Development Project consists of 5 production wells (1 subsea well at Doina field and 4 platform wells at Ana field) a subsea gas production system over the Doina well which will be connected through an 18 km pipeline with a new unmanned production platform located over Ana field. A 121 km subsea pipeline will ensure the delivery of the gas from Ana platform to the shore, where a 4.1 km underground pipeline will connect to the new gas treatment plant (GTP). The processed gas will be delivered into the NTS operated by Transgaz at the gas metering station to be found within the GTP.

By the end of 2018, BSOG has completed the necessary offshore activities including the drilling of the appraisal wells, the pipeline route and platform surveys, onshore activities including archaeological surveys and route surveys as well as the engineering studies including the conceptual Engineering and Front-End Engineering and Design. BSOG has also secured a long-term gas sales agreement with a Romanian subsidiary of ENGIE for the entire MGD Project gas production, reduced by the volumes that the producers are currently obliged to sell on the centralized market and a gas transmission contract with Transgaz for a contractual period of 15 years. The entire project infrastructure, including all offshore and onshore facilities, has been contracted to be built, installed and commissioned under an EPCIC Contract with GSP Offshore. The development drilling of the five production wells will also be performed by GSP for which GSP Uranus jack-up rig will deployed.

In February 2019, BSOG’s partners and shareholders have taken the Final Investment Decision in the MGD Project. The project will cost roughly USD 400mm and all the contracting activities for this project will have, in total, Romanian content of 70%.

In 2019, BSOG anticipates having completed the detailed engineering for the Midia Gas Development Project, commenced the fabrication of the Ana Wellhead Platform at the shipyard in Agigea, commenced the civil constructions at the GTP site in Corbu and have purchased a number of long lead company items.

In the coastal area, the gas pipeline will be laid by undercrossing (150 meters onshore and 1300 meters offshore).

To reduce environmental impact upon crossing the beach area with the gas pipeline, BSOG chose to under-cross the beach using the horizontal directional drilling technology, which will allow drilling and laying under the beach, so as to contribute to preserving the natural landscape and ecological balance in the work area.

Horizontal directional drilling will be performed from shore to sea, the pipeline being laid being pulled by the ship at seas, through the drilled hole.

The perimeter of the site for the drilling equipment will have reduced sizes, of approximately 25×40 meters, and will be placed on a land plot owned by the company, at a distance of 150 meters from the shoreline, respectively approximately 90 meters from the limit of the sand area of the beach used by tourists. All private lands necessary for pipelaying are owned by BSOG.

During works, all measures necessary will be taken to reduce/avoid impact on tourism.

Stages of the project

The main collaborators within the Midia Gas Development Project are: Transgaz, operator of the national gas transmission system, which will build the pipeline linking the gas treatment plant and the Transit 1 pipeline, with a length of 25 kilometers, by September 2021; and GSP Offshore, main contractor, which will build and commission the entire offshore and onshore infrastructure of the project, by September 2021.

The project also brings benefits for the community in Corbu, creating opportunities for local entrepreneurs during and after project implementation. BSOG also develops social involvement programs in the community and supports the local communities in the approach of connection to the gas distribution network. 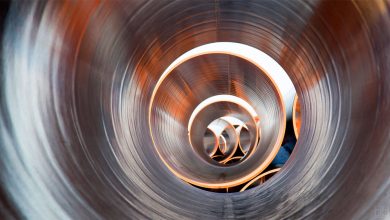 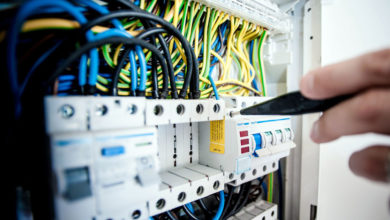 Aurelian Gogulescu: Prahova Remains a Magnet for Investments in the Oil Industry 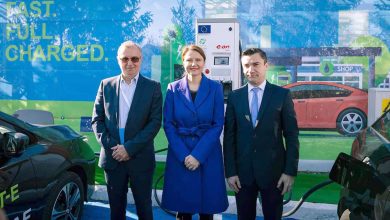