SapuraOMV Upstream announces stable production from its operated Bakong gas field project under the SK408 Production Sharing Contract (PSC), which was delivered within budget. The production phase started in June 2020. This follows the successful production from SapuraOMV‘s Larak gas field which started in December 2019 and the start-up of the Shell-operated Gorek field in May 2020. With this first production from Bakong field, Phase 1 of the SK408 development is now entirely on stream.

The SK408 gas fields are part of the discoveries made by SapuraOMV Upstream in a drilling campaign in 2014. The Phase 1 development of SK408 Production Sharing Contract (PSC) aims to commercialize the gas reserves from Gorek, Larak and Bakong fields, which will help meet the growing gas demand in Asia. Under a long-term agreement with PETRONAS, SapuraOMV and its SK408 partners, Sarawak Shell Berhad and PETRONAS Carigali Sdn. Bhd. will supply gas from these fields to the PETRONAS LNG complex in Bintulu, Sarawak.

“With this achievement we continue to demonstrate to our stakeholders our commitment to safety and project delivery, despite the many challenges posed by the COVID-19 pandemic,” said Tan Sri Dato’ Seri Shahril Shamsuddin, Chairman of SapuraOMV Upstream. He further highlighted, “This achievement further strengthens our presence in the existing market, propelling us to become one of the most significant gas producers in the country and in the region, which would further cement our position as a trusted and reliable oil and gas company.” 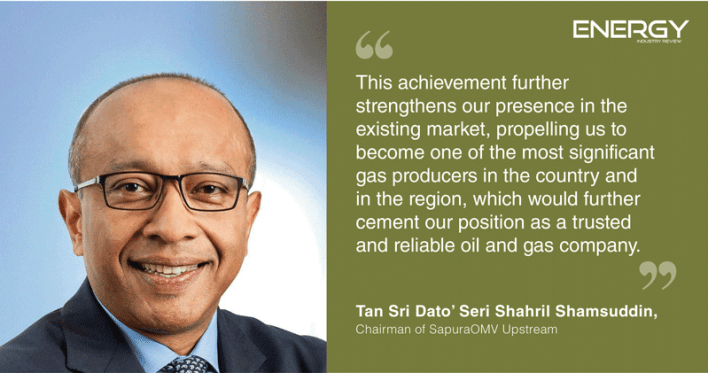 “With the successful start-up phase, we are setting a further step in strengthening the gas focus in our production portfolio and it is a strong signal in our OMV core region Asia-Pacific,” Johann Pleininger, Executive Board Member responsible for Upstream and Deputy Chairman of OMV stated. 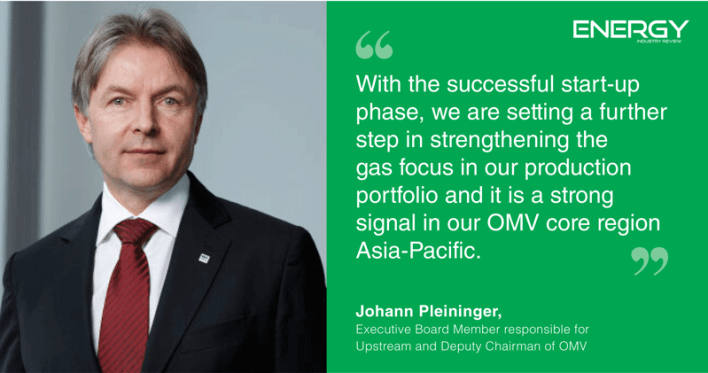 The SK408 gas fields are SapuraOMV’s second major upstream gas development project in East Malaysia, following the successful development and commencement of production from the SK310 B15 gas field. With the full ramp-up of the first phase of SK408, SapuraOMV’s production is scheduled to increase to more than 30 kboe/d in 2020, which will more than double the production rate compared to 2019.

SapuraOMV Upstream operates internationally and has a strong portfolio of oil and gas assets in Malaysia as well as exploration interests in Mexico, Australia and New Zealand. The partnership has identified Malaysia as its hub to expand into Asia Pacific, and its combined strengths and expertise will pave the way for the joint venture to become a leading independent oil and gas company.

OMV produces and markets oil and gas, innovative energy and high-end petrochemical solutions – in a responsible way. With Group sales of EUR 23 bn and a workforce of around 20,000 employees in 2019, OMV Aktiengesellschaft is one of Austria’s largest listed industrial companies. In Upstream, OMV has a strong base in Central and Eastern Europe as well as a balanced international portfolio, with Middle East & Africa, the North Sea, Russia and Asia-Pacific as further core regions. Daily average production was 487,000 boe/d in 2019. In Downstream, OMV operates three refineries in Europe and owns a 15% share in ADNOC Refining and Trading JV, with a total annual processing capacity of 24.9 mn tons. Furthermore, OMV has a 36% participation in Borealis, one of the world’s leading producers of polyolefins. The Company operates about 2,100 filling stations in ten European countries. OMV runs gas storage facilities in Austria and Germany; its subsidiary Gas Connect Austria GmbH operates a gas pipeline network in Austria. In 2019, gas sales volumes amounted to around 137 TWh. Sustainability is an integral part of OMV’s corporate strategy. OMV supports the transition to a lower-carbon economy and has set measurable targets for reducing carbon intensity and introducing new energy and petrochemical solutions.