Shell’s Appalachia operations are located in the predominately rural northern and western portions of Pennsylvania, where the company drills and produces dry gas from the Marcellus and Utica formations.

National Fuel Gas Company (NFG) announced that it has entered into a purchase and sale agreement with SWEPI LP, a subsidiary of Royal Dutch Shell plc, to acquire Shell’s upstream and midstream gathering assets in Pennsylvania for total consideration of approximately USD 541 million, less closing adjustments that are estimated to reduce the consideration provided at closing to approximately USD 500 million. The transaction is expected to close on July 31, 2020, with an effective date of January 1, 2020, and is subject to customary closing conditions. The transaction is not contingent on financing conditions, and the company has taken appropriate steps to ensure it has ample liquidity and protections as it pursues permanent financing for the acquisition.

As part of the transaction, NFG will acquire over 200,000 net acres in Tioga County, with net proved developed natural gas reserves of approximately 710 Bcf. At closing, these assets are expected to have flowing net production from both the Utica and Marcellus shale formations of approximately 215-230 MMcf/d, with shallow base declines and an average net revenue interest of approximately 86.5%. In addition, the Company will acquire approximately 142 miles of gathering pipelines and related compression, over 100 miles of water pipelines, and associated water handling infrastructure, all of which currently support Shell’s Tioga County production operations.

These gathering facilities are interconnected with various interstate pipelines, including the Company’s Empire pipeline system, with the potential to tie into the Company’s existing Covington gathering system.

Post-closing, the acquired assets are expected to generate net natural gas production in the range of 70 to 75 Bcf over the following twelve months. Given their contiguous nature, NFG expects to fully integrate the assets into its existing operations in Tioga County, Pa. This is expected to drive immediate operating cost synergies in the E&P segment, with increased production expected to reduce cash operating expenses by approximately USD 0.05 to USD 0.08 per Mcfe on an annualized basis post-closing. The gathering and compression facilities included in this transaction transport the entirety of the acquired production and are expected to generate approximately USD 35 million in incremental EBITDA in the Gathering segment over the same period.

In contemplation of this transaction, and in order to protect the highly accretive economics of the acquisition, the Company has executed significant additional NYMEX natural gas hedges. For fiscal years 2021 and 2022, the Company has entered into NYMEX hedges equivalent to approximately 75% and 55% of the acquired PDP production, respectively, at average weighted prices of USD 2.71 and USD 2.54, respectively. Overall, the Company currently has hedges and fixed price physical sales in place for approximately 75% of its expected PDP production in fiscal 2021.

“National Fuel’s acquisition of these high-quality assets in one of the most prolific areas in Appalachia will provide the Company with a unique and highly strategic opportunity to further its integrated development approach in the region,” said David P. Bauer, the Company’s President and Chief Executive Officer. “With significant economies of scale provided by Shell’s large Tioga County acreage footprint, which is contiguous to our existing development areas, along with significant, integrated gathering facilities, and valuable pipeline capacity, Shell’s assets are a perfect fit for the Company’s diversified business model, and provide meaningful synergies with our existing operations.”

“We expect this transaction to be immediately accretive to the Company’s earnings per share and to generate substantial incremental free cash flow over the next several years while providing meaningful upside for the Company,” continued Bauer. “We believe that this cash flow generation, along with our acquisition of significant flowing natural gas production and reserves at an attractive valuation, and a financing strategy that protects and strengthens our balance sheet, will leave National Fuel well-positioned for the long-term.”

Permanent financing is expected to be comprised of approximately equal proportions of equity, including equity-linked securities, and long-term debt, a financing mix that will maintain the Company’s strong balance sheet and investment-grade ratings. As part of the equity component of the permanent financing, the purchase and sale agreement provides the Company with the right to issue up to USD 150 million in common equity to Shell at an agreed-upon price of USD 38.97 per share.

In addition, the Company has made a USD 27.1 million deposit that will be credited against the purchase price at the closing of the transaction.

The transaction is part of divesting non-core assets and in line with Shell’s Shales strategy which focusses on development of higher margin, light tight oil assets.

“Divesting our Appalachia position is consistent with our desire to focus our Shales portfolio,” said Wael Sawan, Upstream Director at Shell. “While we maximize cash in the current environment, our drive for a competitive position in Shales continues. It is a core part of our Upstream portfolio along with the Deep Water and Conventional oil and gas businesses.”

Shell’s Appalachia operations are located in the predominately rural northern and western portions of Pennsylvania, where the company drills and produces dry gas from the Marcellus and Utica formations. Shell entered the area in 2010 after acquiring 750,000 leasehold acres from East Resources. Shell has since grown its acreage leasehold to approximately 850,000 acres primarily in Pennsylvania, with additional acreage in Ohio and New York.

Shell is one of the largest leaseholders and producers over a nine-county area in the Appalachia Basin. Its Appalachian asset is divided into three focus areas: Tioga, Mercer and Bradford. The company operates over 300 dry gas wells, predominately in Tioga County and 1,500 shallow oil wells mainly in the Bradford area.

Shell is also a founding member of the Center for Sustainable Shale Development (CSSD), an independent organization that developed 15 performance standards, in conjunction with non-governmental organizations and nonprofits, to address air and water concerns. Shell Appalachia was certified in early 2015 for meeting all of the CSSD performance standards. 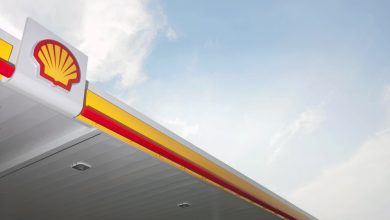 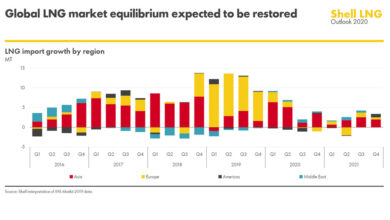