Now that the industry is facing many critical goals, including reinvigorating investment, generating a fair taxation and so on, what is the most valuable thing ROPEPCA can offer its members?

Stephen Birrell: The main challenge our industry faces in Romania is the instability and lack of predictability in legislation and regulation. One of the most important roles we fulfil for our members is being the single aligned voice of reason for dialogue with the government, agencies and key stakeholders. Through this approach we maintain a non-partisan tone supporting the industry.

What role do associations such as ROPEPCA play in difficult times?

Stephen Birrell: ROPEPCA is, indeed, one of the representative associations in our area of expertise. However, we all have, in the end, a common vision, revolving around three key directions towards which our industry should head: i) The liberalization and competitive functioning of the Romanian natural gas market, with emphasis on supporting domestic production versus imported gas, ii) Development of a stable, predictable and fair legislative and fiscal framework for the industry and iii) Modernisation of the specific legislation in our field, namely the Petroleum law in line with the challenges and issues of the 21st Century.

These three areas have many facets which need discussion and implementation but if addressed in the correct way will lead to a stronger economy, more employment and in turn increased revenues to the Romanian state budget.

In this context, ROPEPCA is always available and strongly involved in delivering its expertise, necessary to be taken into account when developing specific legislation. Apart from member-companies, ROPEPCA reunites competent professionals, owning huge international experience and good examples from other countries rich in upstream operations, ready to bring these to the table of the legislators.

Not only do we have the expertise required, here and now, on a case by case basis, but we also managed to develop in the last years amendments to existing legislation, that would regulate the Romanian upstream sector, according to today’s trends and technologies.

Therefore, the role of ROPEPCA is to improve overall perception of the industry and generate dialogue not just with authorities but the society at large, raising awareness of the importance of a well-functioning energy sector for the growth of the economy. And I can tell from my previous experience in associations in other countries that our most effective tools to overcome the challenges are: dialogue, understanding, patience and time.

As ROPEPCA says, deregulating the gas price is only the first step towards a functional and competitive gas market. What’s next?

Stephen Birrell: Despite the lack of confidence installed within the business environment and among our members in particular, due to recent, far from incentivizing legislation, it is our normal expectation to see a more liberal, business oriented approach from the part of the lawmakers, with a view towards a free market and a more transparent and facilitated framework for business processes to be developed. I tend to be more confident now, looking at recent political trends and declarations.

However, given the political context in the upcoming year, it is quite difficult to set expectations with regards to the regulatory area. The most recent Government position regarding GEO 114/2018 is of eliminating the 2% contribution, starting January 2020 and removing the capped price for producers, most possibly starting the middle of next year. This is good news for ROPEPCA and its members, if we look at the way the market is designed now, but we continue to advocate for the immediate and permanent liberalization of the market, revocation of the Central Market Obligation and for a fair taxation system.

In terms of positive expectations, we do expect for the 11th licensing round to be launched and to take place during next year and are confident that such happening will bring more investors in Romania and will reshape the operational landscape. For the round to bring successful results, though, several changes in current legislation should be made, in the sense of streamlining operations, declassifying data and creating functional market mechanisms.

What measures should be taken in your opinion for the energy sector to become truly competitive and diversified?

Stephen Birrell: During our discussions with public and private sector stakeholders, we have been constantly asked the same question: what is your vision regarding the evolution of the regulatory framework in the upcoming years, in order to provide the means for steady investment and industry development?

In order to answer your question, as well as the question above, ROPEPCA has been working this year to develop an industry White Paper. In this broad document, we intend to show to our stakeholders what are the main challenges our industry confronts with and to propose solutions to deal with such challenges, through simple amendments in existing primary or secondary legislation.

In the near future, we support revising secondary legislation related to data access in the sense of declassification and digitalization of petroleum data. Such amendment can be done only by the decision of the NAMR President, through a Presidential Order, leading to a major change in the perspective towards Romania as an oil and gas investment destination.

Looking further, amendments to the Petroleum Law no. 238/2004 are required, in order to allow a more flexible and business-oriented approach, by introducing clear procedures and streamlining authorization processes. In the same time, regulations surrounding the gas market should revolve around recognizing the gas as a commodity without frontiers, as well as a stable and competitive taxation system that would stimulate investment.

As I said before, in a nutshell, our vision aims towards three key directions: the liberalization and competitive functioning of the Romanian natural gas market; the development of a stable, predictable and fair legislative and fiscal framework for the industry; and the modernisation of the specific legislation in our field. Once the legislators will follow these directions, the domestic upstream sector will strive in becoming more efficient, more competitive and in ensuring Romania’s energy security.

Public scrutiny of the oil and gas industry has increased over the past decade, in particular because of the climate change issue. How should ROPEPCA react in this context?

Stephen Birrell: Indeed, climate change is becoming a bigger and bigger issue. In this respect, ROPEPCA members are keeping the sustainability bar very high, using the latest, most environment-friendly technologies and techniques and taking care of the nature and communities where they operate.

Looking ahead, the predicted energy mix until 2050 suggest that fossil fuels will still make up over 50% of the primary energy, mainly because of the superior energy intensity and cost.

In the same time, we look at natural gas as a fuel of choice, already strongly promoted in the European Union as a fuel of transition. This will replace coal and oil from their current domination in power generation and will be cleaner.

However, I believe the real issues that need to be discussed and actioned relate to the destruction of our biosphere or habitat.  And this is the real threat to the future generation.  To quote Dr Patrick Moore, one of the founders of Greenpeace; “If we ban the use of hydrocarbons there will not be a tree left on our planet”.  And to be clear this will come about as people struggle to stay warm and cook food.

More importantly the role of hydrocarbons in our society is extremely diverse, beyond the simple use for transportation, note that this transportation allows us to sustain cities and urban areas away from the place where the food is grown.  We should look at the grand scheme of things. Our modern society would not exist without the use of fossil fuels. Many day to day items that surrounds us have their origin in petroleum products. Every industrial occupation, be it agriculture or manufacturing or others, cannot function at this large scale without petrol and petroleum products. Most importantly we should focus on preserving and protecting our habitat.

What would you like to accomplish during your term of office?

Stephen Birrell: I believe that the ROPEPCA community already managed to create a name for itself and to sit at the same table with its stakeholders, both from the private and public sector. As time has shown us, it takes a joint effort to change things for the better and our message is one of coming together. My mission while driving ROPEPCA is for it to continue to be a reliable dialogue partner with our stakeholders and to bring our standpoint, in hope of better and better results.

As a first step in my journey, ROPEPCA will present to the public its White Paper, strategic document on which we have been working for quite a while already. Further on, the overall goal is to deliver our key messages and vision and to build a better future for the upstream sector in Romania.

A Modern Approach to Pipeline Rehabilitation 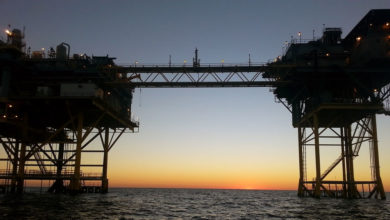 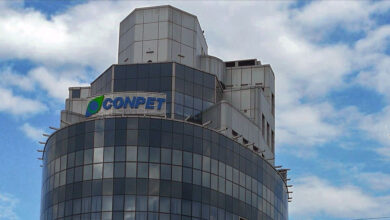 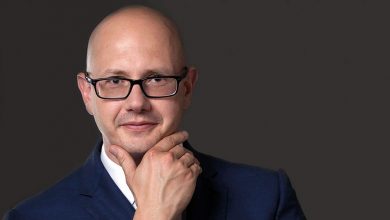 What kind of debt do institutional investors look for?