ITER (International Thermonuclear Experimental Reactor), meaning ‘the way’ in Latin, is a major international experiment with the aim of demonstrating the scientific and technical feasibility of fusion as an energy source. It will be 30 times more powerful than the Joint European Torus (JET) which is currently the largest comparable experiment operating in the world. ITER aims to produce a significant amount of fusion power (500 MW) for about 7 minutes or 300 MW for 50 minutes. ITER will allow scientists and engineers to develop the knowledge and technologies needed to proceed to a next phase of electricity production through fusion power stations.

Today, the international consortium consists of the People’s Republic of China, the European Union, Japan, India, the Republic of Korea, the Russian Federation and the United States. Together they represent over one half of the world’s population and a diverse range of economies. By working together, the seven parties are committing themselves to a global response to a global challenge – assuring sustainable energy resources. By ensuring the best possible knowledge is put into ITER, it will be all the more likely that a viable energy source will emerge at the end of the project.

It is a very important step to bring together the most advanced nations in the world to co-operate in the development of a major potential new technology. The challenges of the ITER project require the best technological and scientific expertise, which can best be harnessed by pooling resources globally. The ITER Agreement is open for accession by or co-operation with other countries that have demonstrated a capacity for specific technologies and knowledge and are ready to contribute to the project.

ITER is being constructed at Cadarache in the South of France. Europe, as the host party, and France, as the host state, has special responsibilities for the success of the project. In particular, Europe supports 45% of the construction cost and 34% of the cost of operation, deactivation and decommissioning of the facility as well as preparing the site. Europe’s contribution to ITER is managed by Fusion for Energy (F4E).

F4E is the European Union’s Joint Undertaking for ITER and the Development of Fusion Energy. The organisation was created under the Euratom Treaty by a decision of the Council of the European Union in order to meet three objectives.

F4E is established for a period of 35 years from 19 April 2007 and is located in Barcelona, Spain.

As the temperatures rise in the south of France, the activity at the Tokamak complex gradually slows down. On the ITER site, however, the pace remains intense. The noise from drilling, building, and lifting, as the cranes gracefully lift massive loads, does not abate. The F4E team, responsible for the construction of the 39 buildings, ITER International Organization (IO), and the 2,000 contractors’ staff on the ground, remain focused on their tasks. People work round the clock, new equipment is arriving, shifts change, but there is one thing that doesn’t change – the race against time.

The civil engineering works at the Tokamak complex, which consists of the Tritium, Tokamak, and Diagnostics buildings, are advancing. The construction works of the walls of the last floor (Level 5) of the Tokamak building have started, raising the total of people involved in the construction of the complex to 750. And just as the building is rising by one level, more concrete is poured to form the so-called crown, where the ITER machine will rest upon. Out of the four plots in total, two have been poured signalling a 50% completion of the works, which are expected to be fully completed by the end of August. Next, it will be the turn of the cryostat support bearings to be installed.

On the first floor of the Tokamak building (Level B1) the first six out of the 46 port cell doors have arrived. Romaric Darbour, F4E Deputy Programme Manager for Buildings, Infrastructure and Power Supplies, explains that “after three years of design, development and qualification, and almost one year of manufacturing, the first ITER Port Cell doors have been delivered at the Tokamak building. Each door of around 5.5 x 4 m is made of 30 t of steel. The doors have been transported from the area of Munich (Germany) in a special lorry. The company manufacturing the Port Cell doors is Sommer, a sub-contractor of the Vinci Ferrovial Razel (VFR) consortium, which has the overall responsibility of the construction of the ITER Tokamak Complex. Once the doors are delivered to the Tokamak building, they are filled with heavy concrete increasing the weight up to 58 t and lifted to their final position with the help of a mounting tool, especially manufactured for this purpose.”

Nearby the Tokamak Complex is the Assembly Hall, where piping, cabling, and electricity distribution are on-going. The works are expected to be completed by the end of the year so that the building is handed over to ITER IO. Similarly, the Magnets Power Conversion buildings are expected to be handed over to IO by November 2018. The galleries, consisting of an underground network cross-cutting the entire ITER platform where pipping will be installed, has advanced reaching a 74% completion rate.

As tooling keeps arriving from different parts of the world, the workforces in the Assembly Hall are busy putting together the sub-sector assembly tooling manufactured by ITER Korea. The growing number of components is gradually transforming the site from a construction platform to a technical hub. There is progress at the Cryostat workshop, managed by ITER India, where the massive shell is progressing bit by bit. A few metres away, the European tanks of the Cryoplant and cold boxes are fully installed, while other pieces of equipment are mounted inside the cryogenic facility. Europe’s Poloidal Field coils are also manufactured on-site at a facility exclusively set up for their production. There is a wind of change as the pieces of the biggest fusion puzzle start falling into place. The end of this year promises to be a turning point with the completion of some key civil engineering works and the arrival of more components. Stay tuned! 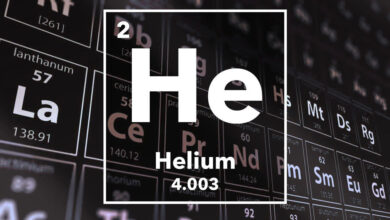 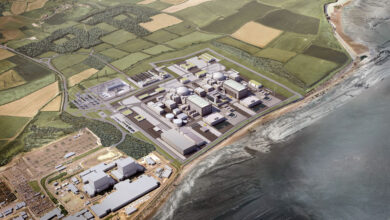 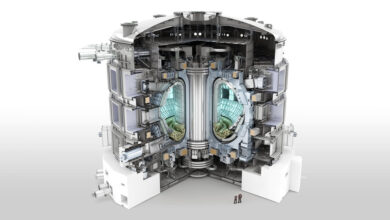