Uniper has begun construction of two new gas turbines and a steam boiler at the Scholven power plant site after the Münster district government granted approval before Christmas. The new gas and steam plant is to replace the existing plants in the future. The conversion of the site to operate with natural gas will not only massively reduce the emission of climate-damaging substances such as CO2. Also, the noise impact from the plant itself and from fuel supply trucks will be significantly reduced, as the gas will be delivered by pipeline.

“The heart of the (northern) Ruhr area has been beating in Scholven for about a hundred years – and we are making sure that it continues to do so in the long-term. The entire production of the new plant at this traditional site is tailored to the needs of the surrounding industry. The products Uniper generates here – electricity, heat, steam and, if necessary, later also de-mineralized water and compressed air – are purchased and consumed by our customers in the immediate vicinity. There are no long distances. In addition, the consumption of electricity in the neighbourhood will lessen the strain on the power grid in the region. This makes the location very efficient and climate-friendly. Also, the new plant will ensure the future district heating supplies of Uniper Wärme GmbH and its customers,” Uniper Board member David Bryson said.

Scholven has been an important industrial location for more than 100 years – reaching far beyond the borders of North Rhine-Westphalia. In 1908, the Scholven colliery was sunk. This was also the birth of the Scholven power plant. Initially, the power plant produced electricity exclusively for the supply of the colliery. But over time, more and more industrial customers arrived, so that in the mid-1960s Scholven developed into what was at times the largest coal-fired power station in Germany and one of the largest in Europe, with over three gigawatts generating capacity.

Even today, the Scholven power plant and the Buer district heating power plant (FWK) make a major contribution to security of supply in the European electricity network. The Scholven power plant, together with its auxiliary plants in Gladbeck-Zweckel, Marl, Recklinghausen and Westerholt, reliably supplies the region with electricity, district heating and process steam. The units B and C and the district heating power plant Buer generate a total of 762 MW (net) electricity. In addition, the group of units generates up to 250 MW as steam for industry and district heating for over 100,000 households as well as public and social facilities in the region. The plants are the ‘spider in the web’ of a traditional industrial cluster and have been reliably serving industrial customers in the neighbourhood for decades. Generation by-products are also supplied to neighbouring companies for further use.

“Uniper actively supports the efforts of politicians in the state and the region to accelerate structural change. Maintaining the location can secure existing or create new jobs, and its services make the site an attractive location for new industry. The transformation of Scholven is a prime example of our strategic focus on industrial solutions in partnership with our industrial customers, who in turn can focus on their own core business,” Bryson added. 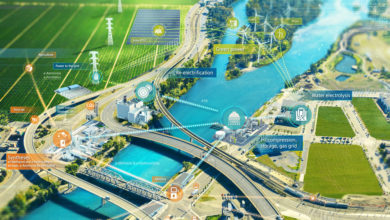 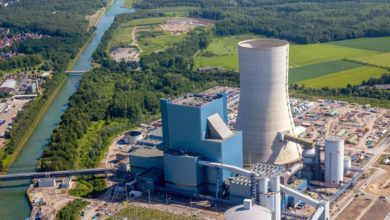 Uniper to End its Hard-coal-fired Power Production in Germany