European researchers developed a new classification system for photovoltaic (PV) devices, which can be used to reliably estimate their efficiency under real operating conditions.

The findings of the EURAMET ENG55 PhotoClass Project, which involved a consortium of six European National Metrology Institutes (NMIs), the Scuola Universitaria Professionale della Svizzera Italiana (Switzerland), TÜV Rheinland Energy GmbH (Germany) and the European Commission’s Joint Research Centre (JRC) have been recently published in the project’s final report and have led to the new IEC 61853 standard. Its application will help governments and industry to make informed decisions and invest more wisely, by reducing the uncertainty due to the inappropriate standard test conditions which were used previously.

PV devices are made up of solar cells that use the properties of semiconductor materials to convert energy from the sun into electricity; since they operate without generating any greenhouse gases or pollution, they have rapidly been adopted as a viable, renewable energy source.

PV devices are currently sold according to their output power under fixed standard test conditions. These conditions represent a cloudless sunny day in the middle of the USA, with an unrealistically low device temperature of 25°C. The real climate almost everywhere in Europe is significantly different and, since the device efficiency varies with the environmental conditions, output power estimates done with this metric often do not correspond to the energy generated under real operating conditions.

Decisions on how to invest public (government) and private (industry/consumers) money on PV installations were also made based on power efficiency numbers that do not correlate with the real energy output under operational conditions. Since the world market for PV devices approximately amounts to 50 billion Euros per year, being able to reliably predict the real energy output of a PV installation during the planning phase could generate global yearly savings of several hundred million Euros.

The consortium set out to solve this problem by developing a new classification metric that is not based on the peak power but rather on different standardized climate zones. Therefore, hourly irradiance and weather conditions had to be extracted out of satellite and ground-based data for a standard year and for a representative place for each climate zone. Using the calibration capacities built up within the project, the solar device properties, required for the new metric, can be determined. Once the relevant parameters for a particular device are known, they can be used to predict its expected energy yield in any climate zone.

A three-day training course was hosted at JRC Ispra from 5-7 April 2017 on best practice for PV measurement procedures. This training course was attended by members of the scientific community from higher education and public research organisations and was highly praised by the participants.

The facilities and measurement methods developed at the JRC during the project have in the meanwhile been implemented in the laboratory quality system and are available for researchers and customers.

The summary for ENG55 PhotoClass Project

This project developed a new classification system of PV devices based on their energy output under different climate zones that led to the new standard IEC 61853. This reliable data enables governments and industry to make informed decisions over which PV technologies are most suitable.

Need for the project

In recent years there has been a large increase in the rate of PV installations in Europe and the world market is now worth around 50 billion Euros per year. Once installed, PV operation generates no greenhouse gases and no pollution, and this has led to the rapid adoption of the devices as a viable energy source.

The STC conditions used to classify PV devices prior to this project represented peak power on a cloudless sunny day in the middle of the desert in the USA, with an artificial and unrealistically low device temperature.

The climate conditions in Europe differ significantly from this and specific examples of the difference in climatic conditions between the USA desert and Europe include:

Since device efficiency depends on a combination of device properties as well as on the environmental conditions, the previous STC led to inaccurate estimates of the energy generated under real operating conditions which can have financial consequences. Decisions on how to invest public (government) and private (industry/consumers) money on PVs were also made based on power efficiency numbers that did not correlate with energy output under operational conditions.

Prior to this project, PV manufacturers, sellers and end users needed a revised classification for PV devices i.e. one that gave energy production under specific defined (standardised) climatic conditions appropriate for the range of geographical areas (such as Spain, UK, Italy, France) in which the devices will be installed and operated. This is particularly relevant in Europe where PV systems of different technologies are operated in a wide range of climatic conditions.

This project developed a new classification system for PV devices based on their energy output under different operational conditions. The project addressed the following scientific and technical objectives:

For the calculation of the standardised yearly yield, the metric combines the properties of the solar devices with the irradiance conditions of a selectable climate zone. Therefore, the following objectives were needed to enable and validate an accurate measurement of both.

A new measurement method, based on PV energy yield (or efficiency) rather than peak power, was developed.

In addition, the uncertainty from module measurements in the energy rating calculations was quantified as 2 % to 3 %, depending on the laboratory. Hourly irradiance and weather conditions satellite and ground-based data were used to construct climatic irradiance standardised yearly data-sets for a representative location within each climate zone (such as Spain, UK, Italy, France) in Europe and beyond.

By combining the new measurement method for solar device properties with the tabulated irradiance and environment data, it is now possible to calculate the standardised energy yield for PV in each climate zone, thus enabling system planners and financial institutions to optimise their services. Testing of the yield calculation model (using the IEC 61853-3 draft standard method written by the project) on sample metrological data from JRC was investigated by a Researcher Excellence Grant (REG(LU)). The results showed that uncertainty in the input solar radiation data is the greatest contributor to final energy yield uncertainty and in a case study analysis comparing ground station measurements and satellite derived data in the UK, mean bias error between global horizontal irradiance data-sets were found to lie in the range -30 to +24 Wm-2, depending strongly on latitude and local geographical features such as proximity to coastline. This translates to an impact on the energy yield that varies with the photovoltaic technology, however this does not contribute to the uncertainty of the standardised energy yield rating, since the input meteorological data-sets are themselves standardised and thus they are error-free.

Metrological challenges for new PV technologies were addressed in objective 1, thus improving the availability of methods for the determination of the efficiency and energy output of solar devices with reduced measurement uncertainty; and consequently, reduced financial uncertainty.

Therefore, new and enhanced measurement facilities were developed, to enable European companies to use the standard IEC 61853-2 with low measurement uncertainties. The facilities at PTB, REG(FhG), LNE, JRC and REG(LU) were upgraded and successfully tested for linearity measurements between 50 W/m² and 1000 W/m².

The total uncertainty, especially of non-Silicon solar cells, was reduced by the implementation of a Fourier Transform Spectroradiometer, used to give a more accurate measurement of the wavelength of the radiation.

A reduction of the wavelength uncertainty from 0.3 nm to less than 0.05 nm was obtained. A Helium-Neon (HeNe)-laser, with its well-defined wavelength, was subsequently used to validate this measurement.

Angular dependence of the PV devices was measured, to take account of the direction of both direct and diffuse light. This is important if an indoor calibrated solar cell is to be used outdoors, since this can add errors of up to 10% to the energy output figures. Based on this, PTB can now offer the measurement of the angular dependence of solar cells, and their facility has already been used by NMIs and calibration laboratories.

Further to this, PTB can also offer primary calibration of the short circuit current of 6-inch reference solar cells and reference mini-modules, with an uncertainty of <0.6 %. This will enable industry to improve the optimisation of their products.

The current state-of-the-art reference cells used to calibrate PV device technologies are based on crystalline silicon material. However, silicon material has a limited spectral response (approx. 300 nm to 1100 nm), which results in spectral mismatch when used to calibrate PV devices made from different materials with extended spectral responses beyond that of silicon. Spectral properties, linearity and device stability depend not only on the material used, but also on the cell technology and structure, which has a major impact on these properties. To enable these results an extension of the wavelength range to 2000 nm was needed, shown in the 4th result.

The limitations of such reference devices for the indoor calibration of PV devices and their contribution to the resulting uncertainty in the device efficiency was determined by the project. The results were disseminated to the IEC TC82 working group on solar photovoltaic energy systems to start a new work item proposal about this topic within the follow-on EMPIR project 16ENG02 PV-Enerate.

This objective will provide the ability to develop a precise and realistic energy-based metric.

The first step in reducing the main measurement uncertainty component was to accurately determine the distance between the light source and the detector using an optical confocal displacement sensor. Equally important is the angular resolved measurement of the sky radiance. For this reason, a ‘Sky scanner’ was built that contains three spectroradiometers with a tube as the entrance optic. The ‘Sky scanner’ can be rotated handsfree to all directions of the sky and partly even to the ground to include albedo effects (the fact that light coloured surfaces reflect more heat than dark surfaces). The wavelength range of the sky scanner could be extended from 280 nm to more than 2000 nm. The ‘Sky scanner’ was a development beyond the state of the art as until recently only satellite data could be used for determining the irradiance conditions.

The respective standard IEC 61853-4 including the climate data-sets with the irradiance conditions to be used for the calculation of the standardised yearly yield was written mainly by the partners of the PhotoClass consortium and it successfully passed the voting for the committee draft.

The aim of this work was to develop new PV reference devices that exhibit device stability of better than 0.1%, and provide a wider coverage of operating spectral range and linearity than previously available. In order to do this, additional filtering of wavelength ranges was used to match the spectral responsivity of PV devices to the various solar cell technologies. In addition, a set of new devices based on n-type silicon (a semiconductor material with improved electrical properties) were used.

The World PV Scale (WPVS – an international standard for calibrating reference cells) was improved, with additional options for shunted outdoor cells for quality assurance. The thermal conduction of the cell in the WPVS housing was also improved. The project developed new stable reference devices that incorporate these improvements, and subsequently a measurement intercomparison using the new stable reference devices took place between eight partners PTB, JRC, LNE, FhG, LU, ISFH, SUPSI and TÜV. The results of the ENG55 PhotoClass intercomparison proved the stability and usability of the reference solar cells. These new reference devices are now commercially available from Fraunhofer ISE (FhG). 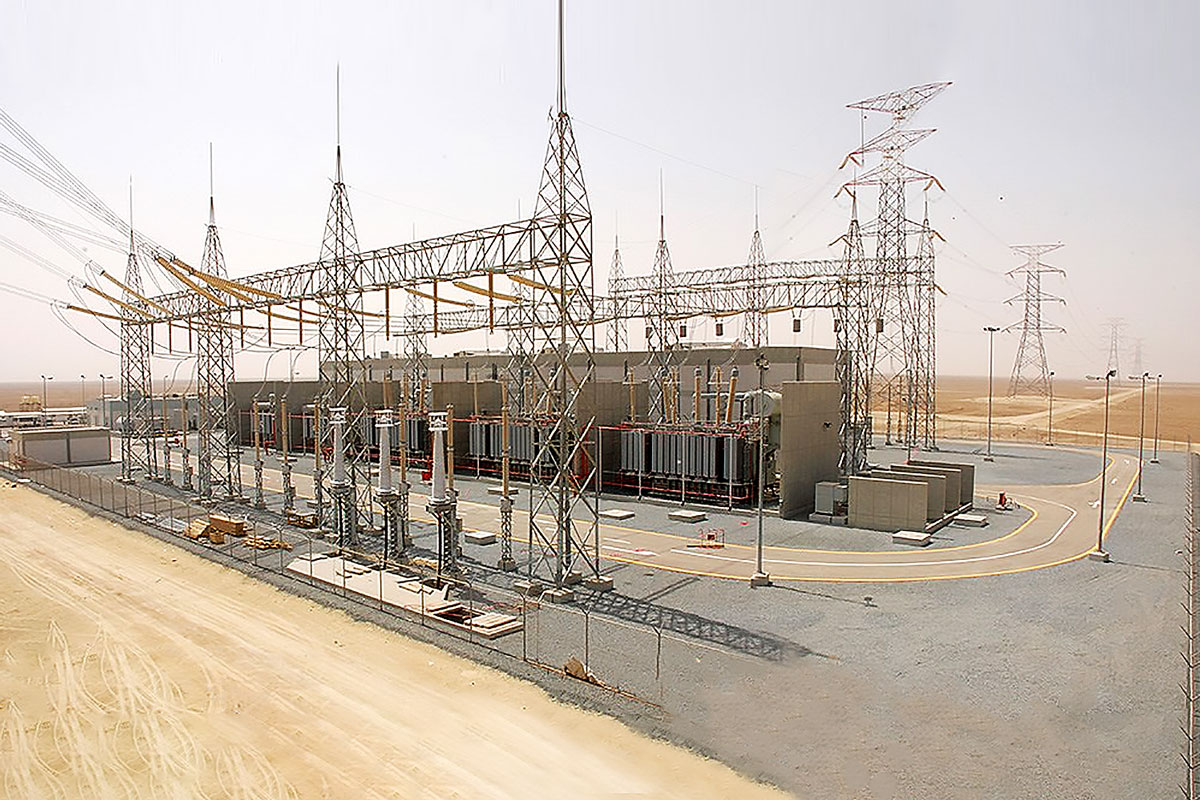 ABB to enable expansion of solar park in Dubai 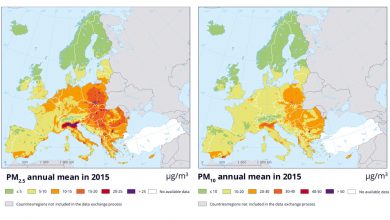 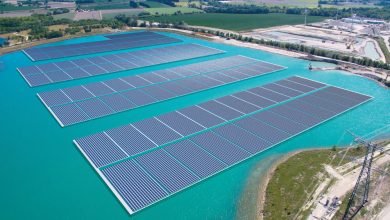 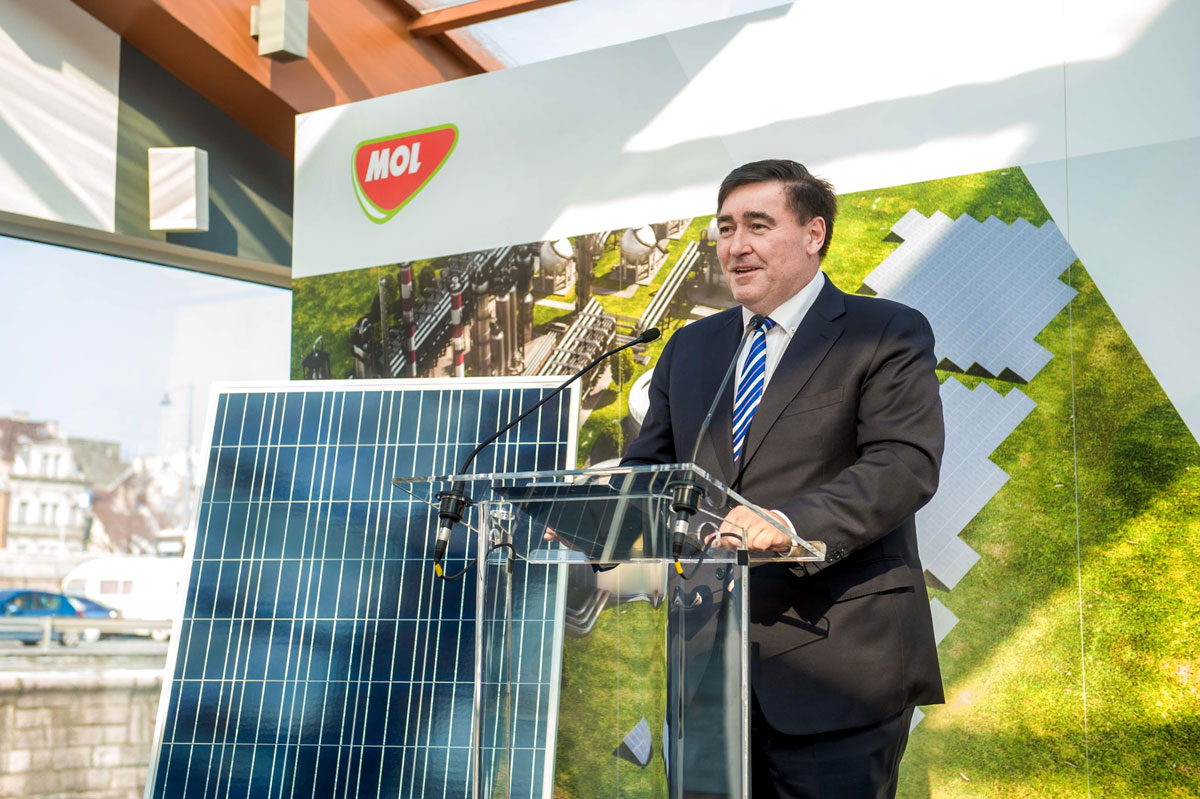