In recent years, the desire of the major car manufacturers has been to become as environmentally friendly as possible. Perhaps also forced by the decision of leaders of European cities to prohibit in a not very distant future the use on their territory of diesel engine cars, the largest car manufacturers in the world bet huge amounts on the car of the future.

As prices are no longer prohibitive and marketing, NGOs and the legislative measures make their presence felt increasingly more, electric or hybrid cars will gain more and more ground.

2018 was the best year for electric cars in Romania, with 682 fully electric units registered, an increase by over 200% compared to 2017. In the EU electric cars registration increased by 53% and in terms of volumes our country accounts for 0.4% of the total EU market, where Germany holds the highest share, with 24% of the total. Diesel had a disastrous year in the EU, with a decline by 18% of the number of new cars registered, but in Central and Eastern Europe there were also countries where sales grew; in our country, the rate was -1%.

Official data shows that last year 57% of the new cars sold in the EU were based on gasoline, 34% diesel and almost 9% were with alternative propulsion. The segment of fully electric cars increased from 97,000 units to 150,000, while in Romania the numbers increased from 188 cars in 2017 to 605 cars. The largest market was Germany, with 36,000 cars, followed by Italy, with 31,000. In the Netherlands there were 26,000 electric cars registered. Of the countries in the region, the Czech Republic has the best situation, with 1,300 electric cars entered into circulation. Norway, due to its entirely special situation, remains the largest European market for electric vehicles, with 46,000 units, by 13,000 more than in 2017.

The evolution of diesel was interesting, due to prohibitions and the announcement of various plans for the final removal of this type of cars from the roads. At EU level the decrease was by 18%, from 6.6 million in 2017, to 5.4 million last year. Among the large markets, the biggest decline was in the UK (-30%) and in Spain (-21%). In Romania, diesel car registrations fell by 1%, to 53,000 units, and in Poland they fell by 2.3%, while in Bulgaria they increased by 0.3%. Gasoline car registrations increased by 12.8% in the EU, and in Romania the growth was by 45%. Among the large countries, the biggest growth was in Spain (+30%). Last year, 8.5 million gasoline cars were registered.

The first hybrid SUV in Romania

Ford Puma is the first hybrid SUV manufactured in Romania, its production starting, together with EcoSport, at the plant of the US group in Craiova.

“It is a great achievement for us to produce here not only the most technologically advanced vehicle ever manufactured in Romania, but also the first with integrated hybrid technology,” the President of Ford Romania Ian Pearson said.

The Government of Romania this year adopted at the proposal of the Ministry of Environment the Memorandum necessary to approve the state aid scheme to support the development of the infrastructure for electrical charging of vehicles on motorways, national and European roads, to reduce to the minimum the dependence on fossil fuels, improve air quality, reduce greenhouse gas emissions and mitigate the impact of transport on the environment.

Romania is thus taking another important step towards eco-mobility, this state aid scheme completing the measures taken by the Government for this purpose: the most consistent financial incentive in Europe for electric cars – EUR 10,000 and the financing program for charging stations in county seats. Through this new financing line, electric transport over long distances will become a reality in Romania.

The budget allocated to the state aid scheme, over the 6 years of validity, is RON 250 million, and the budget for 2019 is RON 92 million. The scheme is addressed to a number of 600 potential beneficiaries, with an annual average number of 86 beneficiaries, and the beneficiaries of the financing measure are the economic operators, which operate in all sectors/fields of activity. Each facility will have 2 charging points, with a power of over 50 kW/point. The infrastructure for charging electric vehicles will be installed on motorways, national and European roads, at a distance of around 100 km from each other.

Regarding the duration of the state aid scheme, it will be applied until December 31, 2025, period during which the beneficiaries can be selected and the grant agreements can be signed, payments within the agreements signed following to be made by December 31, 2027. This state aid scheme will be managed by the Environment Fund Administration and the Financing Guide for the program will be approved by Order of the manager of the central public authority for environmental protection.

Renault introduces hydrogen propulsion on the fleet of commercial vehicles

According to an official announcement of Renault, it will introduce hydrogen propulsion on the fleet of commercial vehicles, with the first models expected at the end of this year and early next year. Renault has made a surprise announcement about the introduction of hydrogen fuel cell vehicles, initially for commercial vehicles in Europe. Thus, Renault Kangoo Z.E. Hydrogen and Renault Master Z.E. Hydrogen are the first models of the French group to enter the segment of hydrogen-powered vehicles. The great advantage of hydrogen-generated electricity is the large range they have, given by the hydrogen tank. This is the main resource of electric cells, which generate electricity and emit only water vapor. Renault says that the vehicles it launches will have three times more autonomy, while the refuelling time will be only 5 to 10 minutes, similar to the fuelling of conventional cars. Renault says it wants to offer hydrogen as a complementary solution to the electric and hybrid strategy, for companies wishing to travel in city centres with vehicles without emissions, but with a very high autonomy. It is obvious that the sales of hydrogen vehicles could improve the group’s emission values, in the fight with the targets imposed by the European Commission, but for this the volumes need to be sufficiently large. Renault says it has been testing the hydrogen technology since 2014, being developed in partnership with Symbio, a Michelin subsidiary. The system used is based on a range extender of fuel cell type that offers electric power, but also thermal power of 10 kW, the range reaching 350 km. The first model to be released later this year is Kangoo Z.E. Hydrogen, with a range of 370 km, compared to 230 km for the electric version Kangoo Z.E., with an additional weight of 110 kg. The fuelling capacity will be 3.9 cubic meters, being affected by the hydrogen tank. The announced price will be EUR 48,300, in France. The second model announced will be Master Z.E. Hydrogen, which will have a range of 350 km, compared to 120 km for the standard electric version. The car will be available next year, in four body versions, two van and two cab. This model will have two hydrogen tanks, located under the body, and the fuelling capacity will be between 10.8 and 20 cubic meters, with an additional weight of 200 kg. Its price has not been announced yet. The technology it works with is a standard fuel cell, with hydrogen cells. The main recipients are the companies in transport and logistics, urban and service deliveries, municipal services, postal and special transports.

While, our country is just beginning to produce hybrid cars, the South Korean concern Samsung will produce batteries for electric cars in Hungary, and Audi will also produce electric car engines in the neighbouring country, expanding the initial investment by EUR 1.2 billion. With 1,200 employees, the factory near Budapest could be one of the largest in the world. Samsung’s investment in this factory is the third largest in Hungary since 2016 to date. Also, in Hungary, the South Korean company Bamchun Precision will build a factory for parts intended for electric cars, following an investment of EUR 41 million. As such, 2019 will be the first year that German investments in the neighbouring country are overtaken by those from South Korea.

Germany wants to double the subsidy for electric vehicles

Starting next year, Germany plans to double the grants for electric vehicle buyers over the next five years. The measure is part of Berlin’s plan to speed up the adoption of low-carbon vehicles. Thus, subsidies for hybrid vehicles will increase from EUR 3,000 to EUR 4,500. For vehicles with prices over EUR 40,000, the grants amount to EUR 5,000.

The German government plans to have 10 million electric cars in circulation by 2030, part of an offensive aimed at transforming the German automotive industry, seen as backward due to diesel models, into a leader in the field of electro-mobility.

Volkswagen will manufacture ID.3 on a large scale!

The Volkswagen Group has started production of ID.3, its first exclusively electric model to be manufactured on a large scale, at a price of around EUR 30,000 in Germany. The model, which will be produced by the 8,000 employees at the Zwickau factory in Germany, will be the basis of other electric vehicles that will be launched in the future by the largest European car manufacturer.

During the ID.3 production launch ceremony in Zwickau, Chancellor Angela Merkel promised that the Executive would make ‘substantial efforts’ to expand the network of charging stations for electric cars in Germany. By 2035, the German government will invest EUR 3.5 billion in the construction of charging stations for electric cars. Next year, VW plans to produce around 100,000 vehicles in Zwickau using the MEB modular platform, and in the medium-term production will reach 330,000 cars per year. The ID.3 model will be available in Europe from mid-2020, until now around 35,000 cars being reserved by international customers.

Manufacturers are not only satisfied with electric or hybrid cars, they are also experimenting with cars that will travel… by air! Thus, Volocopter, a German start-up specialized in air mobility, presented, in October this year, the prototype of an air taxi in Singapore, in the context of its hopes regarding the possibility that this city-state will become the first country in the world that would allow the launch of its commercial services in 2021. The prototype took off from Marina Bay, near the city’s business district, and flew in a circle above the area for about a minute, before returning to its launch platform. The flight device – Volocopter 2X – looks like a small helicopter, but its 18 propellers are fixed on a circular structure above the cabin, instead of the single rotor with which the classic helicopters are equipped. Volocopter 2X can carry a pilot and a passenger over distances up to 30 kilometres, can take off and land vertically, is equipped with an electric engine and does not emit toxic gases.

So, what we believed a few years ago to be SF stories becomes a reality under our eyes. What next? 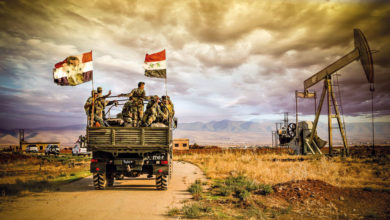 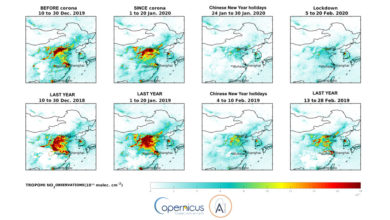 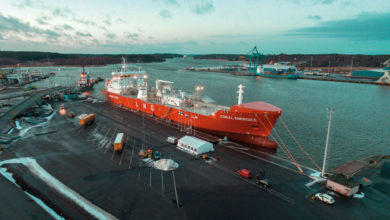