The world’s first hydrogen filling station for passenger trains will be built in Lower Saxony’s Bremervoerde, starting in September. Representatives of the state and the companies involved met on site for a symbolic ground-breaking ceremony. An eighteen-month test phase for the first two trains was successfully completed at the end of February. The mobility project, which has attracted worldwide attention, is now entering its next phase.

The gases and engineering company Linde will build and operate the hydrogen filling station near Bremervoerde station on behalf of the Lower Saxony Regional Transport Company (LNVG). Other project partners are the rail vehicle manufacturer Alstom, the state of Lower Saxony and the Elbe-Weser Railways and Transport Company (EVB).

After completion expected in mid-2021, the hydrogen filling station will replace the existing mobile filling solution. With a capacity of around 1,600 kg of hydrogen per day, it is nominally one of the largest hydrogen filling stations in the world. From the beginning of 2022, 14 hydrogen-powered regional trains supplied by Alstom will be refuelled there daily and around the clock if necessary. Thanks to a range of 1,000 kilometres, the multiple-unit trains will be able to run emission-free all day long on the EVB network with just one tank filling. Expansion areas at the filling station will allow hydrogen to be produced on site later using electrolysis and regenerative electricity.

“The ground-breaking ceremony for this world’s first hydrogen filling station for passenger trains is an important step for a showcase project from Lower Saxony,” said Carmen Schwabl, Managing Director of LNVG. The initiative to test the gas as a fuel in local rail passenger transport came from LNVG.

“We are delighted to play a key role in this world-leading, innovative project,” said Mathias Kranz, responsible at Linde for the onsite and bulk business in Germany. “Linde has long been committed to hydrogen, which can make a significant contribution to decarbonisation. The introduction of hydrogen as a fuel for trains will significantly reduce the burden on the environment, as one kilogram of hydrogen replaces approximately 4.5 litres of diesel fuel.”

“The construction of the hydrogen filling station in Bremervoerde will create the basis for the series operation of our emission-free hydrogen trains in the Weser-Elbe network. We really appreciate that Linde, as an experienced hydrogen supplier, is now also taking over the refuelling of the series trains following the successful trial operation,” commented Jörg Nikutta, Managing Director Germany and Austria of Alstom.

“We are proud that we were the first railway company in the world with permission to operate fuel cell trains on the Weser-Elbe network. Our passengers were very curious about the trains and their technology from the very beginning. In addition to the very low noise level, the hydrogen train impresses with its zero emissions, especially in times of climate change. For our train drivers, the operation of iLint was a very special motivation,” said Andreas Wagner, head of the SPNV division and authorized signatory of the Eisenbahnen und Verkehrsbetriebe Elbe-Weser GmbH (evb).

The project is subsidized by the national innovation programme for hydrogen and fuel cell technology of the Federal Ministry of Transport, and Digital Infrastructure NOW GmbH will coordinate the funding guideline and Project Management Jülich (PtJ) is responsible for the implementation.

Alstom announced its plan to acquire 100% of Bombardier Transportation’s shares for between EUR 5.8 and EUR 6.2bn in February. Under the deal, CDPQ, which currently holds a 32.5% stake in Bombardier Transportation, will become Alstom’s largest shareholder with around 18% of capital. CDPQ will reinvest about EUR 2bn in Alstom plus an additional EUR 700m. Bouygues will remain a shareholder in Alstom with around 10% of capital. The acquisition will consolidate Alstom’s position as the world’s second largest railway equipment manufacturer by revenue, behind China’s CRRC.

The Commission’s approval for the transaction is conditional on the proposed engagements that consist of:

“Alstom and Bombardier are leading providers of state-of-the-art trains used every day by millions of passengers across the European Union. Thanks to the comprehensive remedies offered to solve the competition concerns in the areas of very high-speed, mainline trains and mainline signalling, the Commission has been able to speedily review and approve this transaction. Going forward, a stronger combined Alstom and Bombardier entity will emerge. At the same time, thanks to these remedies, the new company will also continue to be challenged in its core markets to the benefit of European customers and consumers,” Executive Vice-President Margrethe Vestager, in charge of competition policy, said.

Alstom and Bombardier are global leaders in rail transportation. Both companies have a wide product portfolio and compete in the manufacture and supply of:

To address the Commission’s concerns, Alstom offered a set of commitments:

The final commitments address the competition concerns identified by the Commission regarding Alstom’s acquisition of Bombardier, and were significantly improved following the feedback received by market participants. The Commission therefore concluded that the proposed transaction, as modified by the commitments, would raise no competition concerns.

The Commission’s decision is conditional upon full compliance with the commitments.

Alstom, based in France, is active worldwide in the rail transport industry, offering a wide range of transport solutions (from high-speed trains to metros, trams and e-buses) and related services (maintenance and modernisation), as well as products dedicated to signalling solutions, passengers and infrastructure, rail electrification systems and digital mobility. 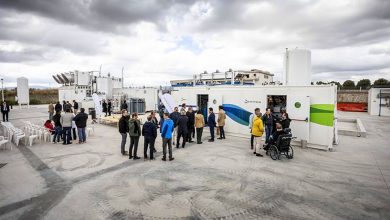 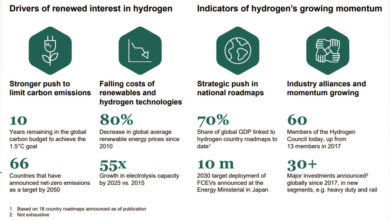 Hydrogen Cost to Fall Sharply and Sooner than Expected 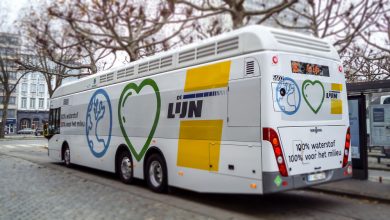 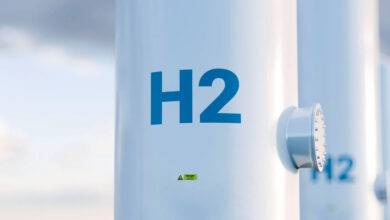