bp and Equinor announced the formation of a new strategic partnership to develop offshore wind projects in the US. This includes the development of existing offshore wind leases on the US East coast and jointly pursuing further opportunities for offshore wind in the US.

“This is an important early step in the delivery of our new strategy and our pivot to truly becoming an integrated energy company. Offshore wind is growing at around 20% a year globally and is recognized as being a core part of meeting the world’s need to limit emissions. Equinor is a recognized sector leader and this partnership builds on a long history between our two companies. It will play a vital role in allowing us to deliver our aim of rapidly scaling up our renewable energy capacity, and in doing so help deliver the energy the world wants and needs,” Bernard Looney, bp’s chief executive, said.

As well as forming the new strategic partnership, bp will purchase a 50% interest in both the Empire Wind and Beacon Wind assets from Equinor. bp has agreed to pay Equinor $1.1 billion.

The partnership will leverage capability and experience from both companies. Equinor will remain operator of the Empire and Beacon projects in the development, construction and operations phases. The deputy project director for Empire Wind will be nominated by bp and over time the wind assets will be equally staffed by bp and Equinor.

The agreement comes a month after bp announced its new strategy, including aims to increase its annual low carbon investment 10-fold to around $5 billion a year and grow its developed renewable generating capacity from 2.5 gigawatts (GW) in 2019 to around 50GW by 2030.

The Empire Wind lease area, which was awarded to Equinor in 2016, is 15-30 miles southeast of Long Island and has a total area of 80,000 acres. The area will be developed in two phases. Empire Wind phase 1 secured an offtake agreement in the July 2019 solicitation and will have between 60 and 80 turbines. The whole Empire Wind lease area has a potential generation capacity of 2GW with a generating capacity of more than one million homes.

“We look forward to working with BP who share our strong ambition to grow in renewable energy. Our partnership underlines both companies’ strong commitment to accelerate the energy transition and combining our strengths will enable us to grow a profitable offshore wind business together in the US,” says chief executive officer in Equinor, Eldar Sætre. 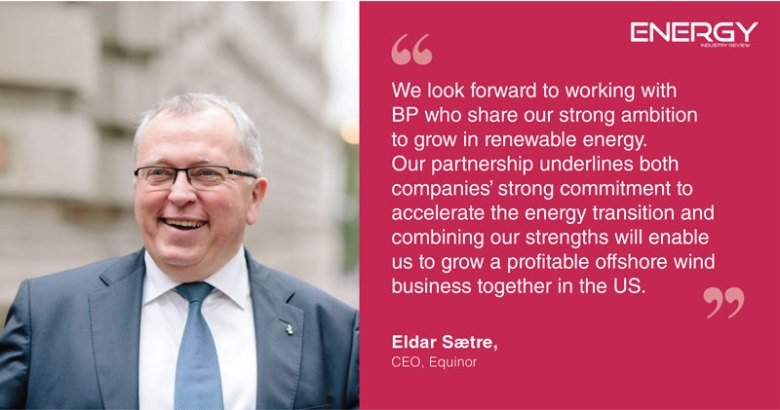 Beacon Wind covers a total area of 128,000 acres of federal waters off New England’s coast, approximately 20 miles south of Nantucket and 60 miles east of Montauk Point. When fully developed it is expected to have a total generating capacity of 2.4GW, sufficient to provide power to more than a million households in the Northeast US.

“This partnership provides an extraordinary opportunity for our two companies to work together in pursuit of our shared ambition-creating better, lower carbon energy for the world. It will leverage bp’s trading expertise and onshore wind experience with Equinor’s sector-leading track record in offshore wind to deliver value for our shareholders. We look forward to working with Equinor and together exploring further opportunities in the fast-growing US wind market,” bp’s executive vice president for gas and low carbon energy, Dev Sanyal, added. 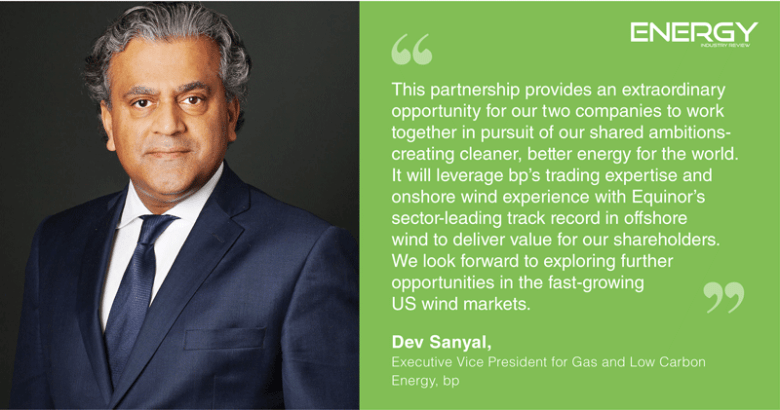 “This transaction with BP demonstrates Equinor’s ability to create value from developing offshore wind projects. Over the past decade Equinor has built world-class technical expertise in offshore wind. This has enabled us to access and high-grade wind acreage, resulting in a material, high-quality project pipeline. Optimising equity and bringing in new partners allow us to realise value, increasing our financial flexibility to fund further growth,” says executive vice president for New Energy Solutions in Equinor, Pål Eitrheim. 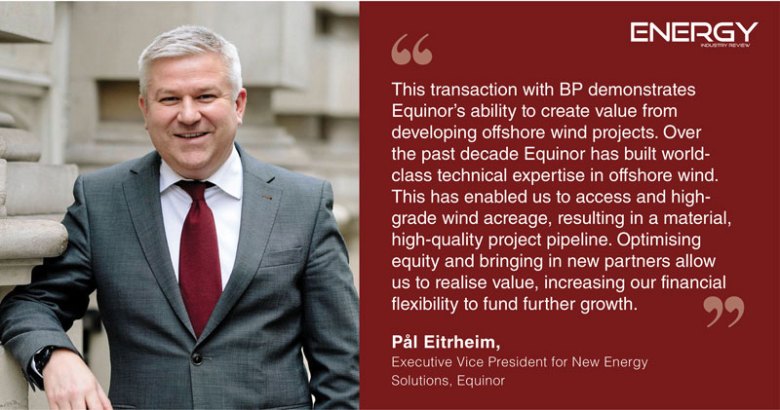 BP’s acquisition of the interests in Empire Wind and Beacon Wind has an effective date of 1 January 2020 and is expected to close in early 2021, subject to customary conditions including purchase price adjustments and authority approval. .

J.P. Morgan Securities PLC acted as financial advisers to bp on this transaction.

About Empire Wind and Beacon Wind